When Credibility And Trust Matter More Than Usability 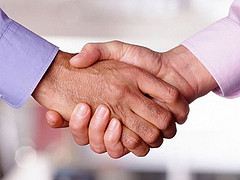 Make it usable and credible and they may tell their friends.

The first step in building a successful website is to provide something people want or need—like a product, information or service. After that, it better be easy to use. Now you may start to get users telling their friends, tweeting about your website and posting it to Facebook.

The Importance of Credibility and Trust

Customer loyalty brings positive word of mouth and referrals. Somewhere during this process existing and new customers form a relationship with you built on trust. The more personal information you give, the more money you spend and the more you rely on a website, the more trust and credibility matter.
Website credibility is one of the essential pillars of a successful website like usability and appearance.

If customers don’t trust that their information is safe or are not sure if it’s being used without their knowledge then even the most usable website will have problems growing and attracting new customers.

One of the best examples of credibility issues is with Facebook. In March of 2011 I administered the SUPR-Q standardized questionnaire to 120 current Facebook users. They responded to questions about the usability, credibility, appearance and their loyalty toward Facebook.

I then wanted to know how much usability and credibility were impacting users’ likelihood to recommend Facebook to friends (the Net Promoter Score). I conducted a key-driver analysis. The technique uses multiple regression analysis (a multivariate statistical technique) which looks at the correlation between the dependent variable (likelihood to recommend) and the independent variables (usability and credibility). What’s nice about multiple regression is that it takes into account the inter-correlations between the independent variables. The remaining correlation (called a beta coefficient) is how much each variable contributes to the Net Promoter Score. It’s an excellent way to understand relative importance of variables in deciding what to fix and what to maintain.

I then compared their standardized percentile rank to see how Facebook’s credibility scores compare to other well known brands. I picked PayPal, Apple and 2 Netflix datapoints for comparison. The Netflix datapoints were taken in February 2011 and October 2011, before and after the current company’s recent turmoil. The relative importance of credibility and usability as they predict customer loyalty are shown in the graph below. 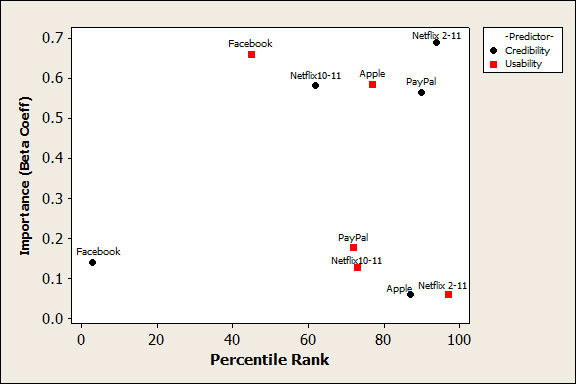 Figure 1: Credibility and Usability drivers of likelihood to recommend for selected companies.

What we can see is that as bad as Netflix’s recent blunders (points labeled Netflix 2-11 and Netflix 10-11) have impacted their credibility score, they are still far from the trust basement occupied by Facebook. Netflix was one of the most trusted websites earlier this year with a score in the top 1 percent. Now it’s fallen to about average. Facebook’s credibility score is in the 3rd percentile—about as low as you can go.

Users don’t appear to trust Facebook much. This is likely due to suspicion over what the company does with the information and constantly changing privacy rules. Of course, Facebook is still an extremely popular website, both dominating social network websites and even websites like Google. And the key driver chart (Figure 1) shows that the distrust of Facebook isn’t currently as big of a driver of recommending (or not recommending) as usability is. Users find Facebook’s usability about average (45th percentile) and it contributes almost 5 times as much to promoting as credibility. The usability attitudes may be impacted by what may seem to be frequent interface changes.

This doesn’t mean Facebook can ignore credibility. As Facebook continues to expand its services into payments and embeds itself into more applications, this lagging trust score will become a serious drag on growth. As a comparison, we can see that PayPal enjoys a very a high credibility score (at the 90th percentile). For a company that is effectively an online bank, trust is essential and PayPal sets the bar high for Facebook and others to compete.

Even if Facebook were to remain as the defacto place to see how your high-school sweetheart turned out, one only needs to consider how quickly MySpace (the old defacto standard) fell from the top. Google Plus is of late also trying to erode that dominance and major improvements in credibility, trust and usability may help make that happen.

What does this mean for you?