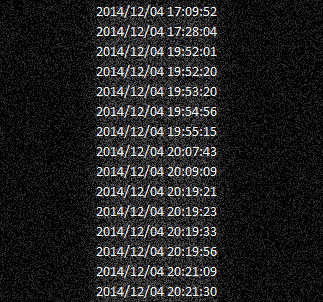 Online surveys are a critical tool used by many companies to make decisions about customers’ attitudes.

While we may categorize customers according to the timing of their purchases–identifying them, for example, as “early adopters,” “first movers,” and “laggards,” should we also categorize survey respondents in a similar way?

In other words, does how quickly a response comes in matter?

Do first responders’ survey results differ from those of late responders?

What about the last people to respond—do response laggards have a different pattern of responses from earlier responders? If you need to end a survey early, and if you have to make decisions based on partial results, would your findings likely have been different if the survey had run its course?

While it may be hard to remember, surveys predate the era of real-time, web-based data collection. Surveys used to be collected in the mail or completed in person or over the phone. So the question of the effects of response timing has not surprisingly also been around for a while. Fortunately, we can start with the research that has already been done. Here’s a sampling:

No Difference in Responses

Participants in all studies were obtained from paid panel respondents of various ages and both genders. These studies focused on the websites of Internet retailers, software manufacturers, and a large industrial company. The median sample size for the studies was 403, with a range of 192 to 829. Studies took between one day and two weeks to complete.

We found no consistent definition for how to define early and late responders. We separated our datasets into three groups.

In looking at the task-based comparisons, the seven and five statistically significant differences suggest that these differences might mean something (because the number of statistically significant differences is greater than what we’d expect from chance [4]). All seven comparisons of the first 10% versus the last 90% showed higher (more favorable) ratings for the first responders. Interestingly, the last responders are also rating higher than the other responders.

One reason for seeing only a few statistical differences is low sample sizes. Even a relatively large study of 200 participants has only 20 first responders and 20 late responders.

Next, to look for more subtle patterns, we use an approach from meta-analysis where we relax the within-study statistical significance and look only for patterns of higher or lower scores for early and late responders at the study and task level.

Table 2 shows the percent of comparisons that are higher for the chunks of respondents.

Table 2: Patterns of higher responses at the study and task level. *Beyond chance variation (50%)

For example, we see the biggest difference when we compare the last 10% to the first 10% of responses at the study level (see the row that starts with Last vs First). Late responders score higher than the first responders in 25 of the 36 (69%) study comparisons and higher than all other responders in 64% of study questions (Last vs Other row in the table).

We’d expect a 50% split, so percentages of 64% and 69% are greater than what we’d expect from chance for both comparisons with the last responders group. This difference is very small and in only one study was this difference statistically significant. As shown in Figure 1, later responders at the study level give slightly higher ratings.

The task-level data metrics included only post-task ease (SEQ) and task confidence. The bulk of the differences we see can be attributed to first responders being more confident than later responders. Again, these are small differences, as shown in Figure 2.

Figure 2: Average task rating, in order of response timing, for confidence and ease.

These findings are similar to the literature, which generally found modest or no differences based on respondent order. The differences we observed were nuanced and depended on whether they were at the task or study level. The biggest difference we found from the literature was that late responders in our studies actually rated slightly more favorably. The difference could be due to how we categorized late responders, the subject of the studies, the types of questions, and possibly differences in how potential respondents are reminded to take a survey.

While this dataset is limited, we can conclude some things about first and last responders at the study and task level.

Future research can help confirm or modify these conclusions. For now, this research suggests that any differences based on response timing are likely to be so minor that you can safely base decisions on preliminary data, and that you can stop surveys prematurely without being concerned about the usefulness of those results.