The Most Fundamental Concept in Usability 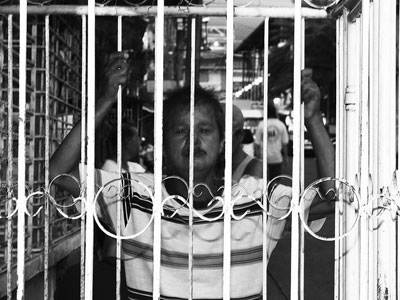 Usability is a lot of things.

It’s about making interfaces easy to learn. It’s about preventing errors and reducing the time to get things done.

It’s even about making an experience more satisfying and delightful.

There are a number of methods to improve the usability of an interface. While it’s hard to identify one overarching concept that’s fundamental to the whole idea of usability, I think there’s one that underlies most methods and desirable outcomes. That concept is that the developer is not the user.

Developers can be users too of course. In some rare cases, the developer programming the interface or designing the look and feel is one of the people who may eventually use the interface themselves.

But because of the high demand to build software, mobile apps and web-applications, it’s much more likely that the developers know very little about the target users and will never use the applications they are developing.

The reason this is such a fundamental concept is that the very act of detailing how an application will work, the programming and the designing, involves making assumptions about how people will react to and interact with design elements. The technical structure of programming languages and the functional requirements take priority over ethereal user goals.

The problem is usually compounded because development teams are often given details about users and functional specs via proxies (product managers, business analysts, etc.) and have little contact with users themselves.

The famous study by Stanford Professor Phillip Zimbardo showed that you can take ordinary people and give them a role (prisoner or jailer) and people will adapt to the role–thinking and acting quite differently.

The product managers and business executives who order the development of the software that fills our lives aren’t the ones in control. It’s the engineers who are running the show. Cooper argues that this is tantamount to the inmates running the asylum!

A recent discussion on Quora about things programmers know that the rest of us don’t illustrates this point. One web developer reinforces Cooper’s point by stating:

About 25% of the hours spent writing an application are spent figuring out ways the end user will do something wrong.

For example, I have four bills in front of me

The magazine company and the satellite radio company don’t make their money by developing web applications. The HSA is operated by a large US bank, which is closer to the business of bill paying but it’s easily the worst experience.

No doubt I was doing something “wrong” in the way I was trying to pay my bills. Yet there’s also little doubt that having a handful of users trying to pay bills would uncover many of the problems I was having. It most likely would have prevented the calls to customer service that I’ll be making soon too!

Cooper made the case that programmers should design for a single user, not them, but a Persona. Personas are archetypical users whose goals and characteristics represent the needs of a larger group of users. They function as stand-ins for real users to guide decisions about design and functionality.

While Personas have a role in keeping a focus on the user, I have two additional suggestions.

Developers aren’t evil and the UX folks aren’t sages. Observing users, conducting a top-tasks analysis, running a card-sort and performing a contextual inquiry are all methods we can use to make more usable experiences. They are also methods that have one underlying fundamental concept: the developer is not the user.