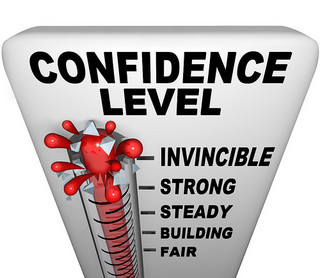 There are some interesting known differences between men and women in the psychological literature.

For example, women tend to be better judges of emotion when looking at faces for just 0.2 of a second[pdf]!

And across many measures of ability, while both men and women tend to exhibit overconfidence, men are generally more overconfident than women  and this is especially the case when men do things incorrectly.

But does this also apply to the user experience on websites?

As part of our usability tests we ask users how confident they are they completed the task successfully on a 7 point scale.  When users rate that they are extremely confident (a 7) yet fail the task it’s a disaster. Not surprisingly, you want to minimize disasters in the user experience. We wanted to know though, are men overconfident in their assessment of task success?

To find out I aggregated data across five recent task-based website usability evaluations where we collected confidence scores.  In total we had 38 tasks and 881 total participants: 55% Women and 45% men.  Across all studies we had 5246 task attempts to analyze.

There also wasn’t a significant difference in the average confidence ratings between men and women. On a 7 point scale where 7 is extremely confident, men on average rated their confidence in completing the task as 5.47 and women at 5.45.

However, things got interesting when we looked at failed task attempts. When tasks attempts weren’t successful, men were more confident than women that they actually completed the task successfully! 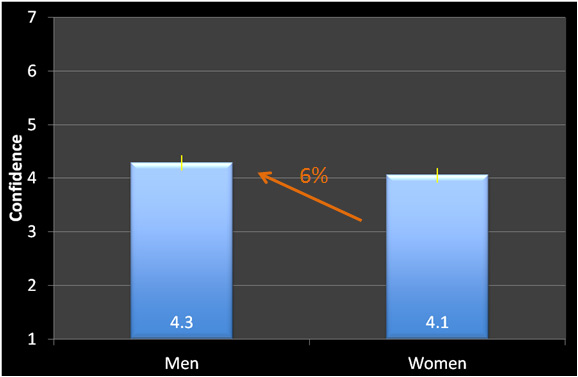 Figure 1: When users fail a task, men are about 6% more confident than women that they completed the task successfully. Error bars are 90% confidence intervals.

So in addition to men insisting they know where they’re going even though they’re lost, you can add overconfidence in completing tasks online to the list.

It turns out that this behavior has been noted for some time now.  In 1977 Lenney found that gender differences are most pronounced when there is a lack of clear and unambiguous feedback. When feedback is “unequivocal and immediately available, women do not make lower ability estimates than men.   However, when such feedback is absent or ambiguous, women seem to have lower opinions of their abilities and often do underestimate relative to men.”

In usability tests, there’s often little obvious feedback that the user did the task incorrectly. This would likely explain part of why both genders have an average confidence score above the nominal midpoint on the confidence scale (above 4).  This data suggests that in the face of this uncertainty, men are more likely than women to assume they did the task correctly.

So it appears this male overconfidence not only manifests itself in higher confidence for things like getting higher returns in the stock market[pdf] but also for the more modest but ubiquitous experience of attempting tasks on websites.