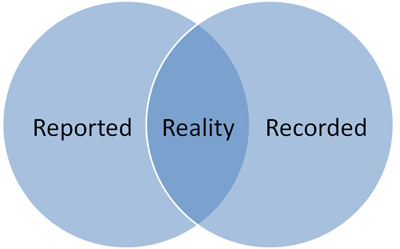 Did you do that task correctly?

Unmoderated testing provides many benefits. The most notable of which is the ability to collect metrics from a large and geographically diverse sample of participants quickly.

A common metric collected in usability tests is the task completion rate. It’s often called the fundamental usability metric because if users can’t complete a task, not much else matters.

But when you can’t see what the participant is doing, like in moderated (remote or in-person) testing, you need other means to assess task-completion.

One of the most-used methods for assessing task completion is a validation question; usually a multiple-choice question with a correct answer and some plausible wrong answers.

After users complete a task, such as finding a product (or renting a car as shown in the example above), they answer the validation question (e.g. what was the price of the blender?). The idea is that participants only know the answer—the price, brand name, or size—if they completed the task correctly.

Another method to assess task completion is by URL. You can verify task completion by checking that a participant visited a particular page on a website (called validation by URL).

Validating by question and URL have some shortcomings (e.g. guessing and constantly changing URLs), but are generally the best methods for assessing task completion in unmoderated studies. But there are many times when it’s difficult to validate by question or URL. For example, when participants go through a web application and all users are presented with the same information, or when there are many possible correct answers and pages, it’s difficult to know whether the participant actually completed the task.

An alternative way for assessing task completion is to simply ask participants whether they completed the task successfully (self-reported task completion). There’s some evidence that users can reliably self report usability problems, so perhaps task-completion rates may be another viable metric. We have some reason to be skeptical though. In earlier research, we’ve seen that participants are overconfident in their ability to complete tasks. So can we rely on self-reported task-completion rates?

To get some idea about the viability of self-reported task-completion rates, we looked at four unmoderated competitive benchmark studies conducted over the last two years in which we asked participants to self report task completion and had a method to verify the completion rates.

Two of the studies were the same study completed one year apart with different participants but with tasks that were almost identical. The four studies examined were of web applications and a consumer-focused information website and included data from 838 participants. 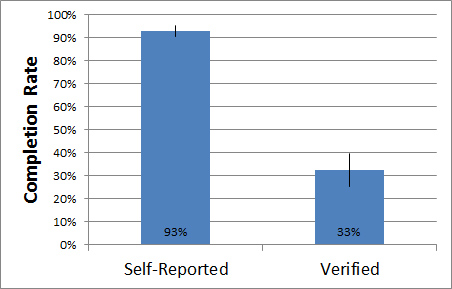 To put that in context, an earlier examination of completion rates from almost 1200 tasks (from mostly moderated tests) found the average task-completion rate of 78%.

A more detailed look at the distribution and comparison by each task is shown in Figure 2 below. 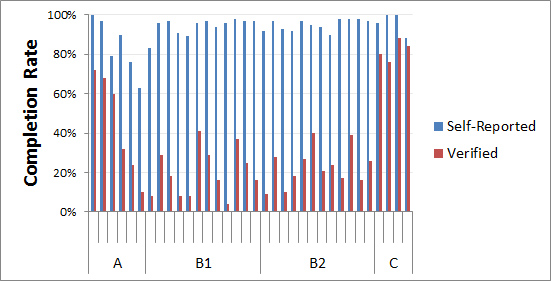 Figure 2 shows 34 paired bars; each one represents a task across the four studies (A, B1, B2, and C). The large gaps between the red and blue lines show the gulf between what participants reported and what the researchers observed.

Study C in Figure 2 has noticeably higher verified completion rates than the other studies. In this study, verification came from the validation question, which has a looser success criterion and may explain the smaller gap.

The gulf between actual and reported behavior is the topic of many studies in the behavioral sciences, user research and that’s also the case here. It’s no wonder it’s a cliche to “watch what users do and not what they say.”  However, in many cases, participants may feel like they’ve completed enough of the task even if the researcher determined it was only partially completed, which may explain much of the gap for some tasks.

And while the task-completion rate metric may be difficult to measure, other data from the tasks likely makes the task worth the effort. Other task measures like perceived difficulty, task time, and task confidence are still valuable even if you are unable to verify task completion.