A Guide to Task-Based UX Metrics 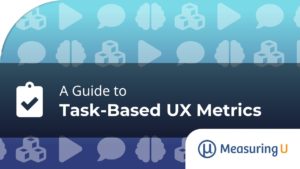 When quantifying the user experience of a product, app, or experience, we recommend using a mix of study-level and task-based UX metrics.

While it’s not always feasible to assess a task experience (because of challenges with budgets, timelines, or access to products and users), observing participants attempt tasks can help uncover usability problems, informing designers about what needs to be improved.

One defining characteristic of a usability test is the use of tasks. Tasks involve a representative user attempting to accomplish a realistic goal, such as finding a movie to stream, selecting a product to purchase, or reserving a hotel room.

Tasks can be used to help uncover usability problems, suggesting what needs to be improved in an interface. But the result of the task itself can become a good metric to track. If users can’t reach common goals in an interface, then not much else matters.

To measure the user experience, you ideally quantify both attitudes and actions. When conducting a task-based evaluation, your task metrics should include a mix of what people do (behavioral or “action” metrics) and what people think (attitude metrics). You might also include one or more behavioral/physiological or combined metrics.

In this article, we provide a guide to task-based UX metrics. 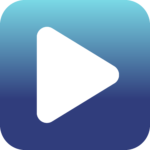 The essential task-based action metrics are operationalized from the ISO definition of usability: a combination of effectiveness (action), efficiency (action), and satisfaction (attitude).

These metrics can be collected from simulated tasks (e.g., a usability test) or actual observation of goal-based task performance.

Completion Rate: Assessing the success of a task based on predefined success criteria is the fundamental task-based behavioral metric (for example, the percentage of participants finding the correct product from a list of products on a website). We recommend coding completion rates as 1 for success and 0 for failure (a binary or binomial metric). Report the percentage complete (from 0 to 100%) along with an adjusted Wald confidence interval.

Findability Rate: The findability rate is a special type of completion rate typically used in a tree test or first-click test where the primary goal of the evaluation is to understand if participants can locate a function, product, or piece of information. It is coded and analyzed in the same way as a task completion rate.

Time on Task: The quintessential measure of efficiency is recording how long it takes a participant to attempt a task, typically measured in minutes and seconds, but it could be in hours, days, or milliseconds. There are at least three common ways to report task time:

Because of the positive skew of task time data (you can’t have less than 0 seconds but there’s no theoretical upper limit), we recommend reporting either the geometric mean or the median, depending on the sample size.

Clicks/Pageviews: A less-used measure of efficiency is the number of clicks or unique pages a participant uses to attempt a task. Both tend to have a strong correlation with task time but clicks, in particular, require some defining (repeatedly clicking scroll bars vs. clicking in-page elements). Both can be used as a crude form of engagement or exploration, and unique pageviews are also used in a lostness metric (see below).

Errors: Errors included slips (accidents) and mistakes (incorrect intention but non-accidental behavior). Coding errors can be time-consuming and somewhat subjective, as an evaluator will need to observe the actions of users. 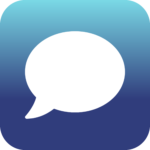 Attitudinal metrics are essentially questionnaires (usually short) that can be collected at both the task level and study level.

Ease (SEQ®): The Single Ease Question (SEQ) is a single seven-point bipolar item ranging from very difficult to very easy. The SEQ is able to discriminate as well as or better than other multi-item measures [PDF]. It has a normalized database that converts raw scores to percentile ranks (e.g., 5.5 is an average score, the 50th percentile of perceived task ease).

Confidence: Users should be able to complete tasks and be confident they did so correctly. Confidence can be measured using a seven-point scale (1 = not at all confident to 7 = very confident). Confidence usually correlates highly with ease, but it can provide additional information such as when users think a task is difficult but are confident they completed it, or when they completed a task successfully but were not confident. See below for combining confidence with completion rates.

Task Load (NASA-TLX): Related to ease, the Task-Load Index developed at NASA is a more extensive version of the SEQ (but highly correlated with it) that contains six items typically used when there’s a hardware component (e.g., in cockpits).

Mental Effort (SMEQ): The Subjective Mental Effort Questionnaire is a less-used single-item measure of perceived task ease. Participants mark their level of mental effort with labels calibrated on an interval-scaled continuum from 0 to 150 (e.g., 0: Not at all hard to do; 70: Pretty hard to do; 115: Tremendously hard to do). Its original paper version had participants marked a position on a line; today’s digital versions have participants use a slider.

After Scenario Questionnaire (ASQ): This three-item questionnaire assesses perceptions of ease, time taken, and documentation on the task.

Expectation: Asking participants how difficult they think a task will be, typically using an ease scale such as the SEQ.

Variations of Perceptions of the Task Experience: There are countless ways to have a participant reflect upon a task experience using single or multiple items. Common ones include overall satisfaction with the task, task complexity, quality of search results, other difficulty/ease ratings, and comprehension.

Similarity/Differences from Card Sorting: Card sorting is a unique UX method that involves data from a participant that’s different than typical attitudinal data collected on rating scales after attempting to complete a task. The participant behavior is to assign cards (physical or virtual) to groups, from which it is possible to derive similarity metrics among the cards. Researchers can analyze the data to gain insight into mental models, which can guide the design of user interfaces and information architectures. 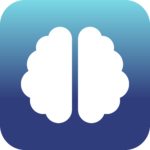 Less commonly used metrics that can be associated with tasks include the use of eye-tracking, coding facial expressions, and physiology measures.

Eye-Tracking Metrics: In eye-tracking, you define areas of interest (AOIs) such as a label in a menu, an advertisement, or any other image. With an AOI you can collect metrics including:

Dwell time: The time spent within the AOI.

Fixation count: Average number of eye fixations within an AOI.

Time till first fixation: How long it takes from the start of a task till a participant fixates within an AOI.

Pupil dilation: While less used in performance-based studies, pupil dilation and its change over time can be used as an indication of interest/attentiveness.

Facial Expression Coding: Users’ facial expressions are videotaped and coded independently by evaluators to assess the frequency of eyebrow raising, eye widening, mouth opening, or other rubrics often to identify an emotional reaction to an experience.

Electrodermal activity: Also known as skin conductance or Galvanic skin response (GSR), this is a way of measuring emotional arousal (one of the measures used in a polygraph lie detector, driven by arousal effects on sweat gland activity).

Electromyogram (EMG): Muscle movements are measured using an electromyogram. This is most common in device testing, but EMGs are another way to quantify changes in facial expressions.

Heart rate: Heart rate variability can be used as a measure of stress in response to a stimulus.

Electroencephalogram (EEG): Brain wave patterns recorded with EEG can be analyzed to detect changes in arousal and emotion.

Tapping: Having participants tap at a steady rate using their feet or finger while also attempting a task has been used as a measure of cognitive load (loss of tapping rhythm may indicate a more demanding task). 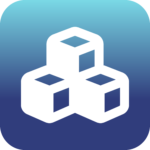 Attitudinal and action metrics can be combined to form other task-based metrics.

Learnability: Multiple measures (e.g., time, SEQ, completion) can be used at different points longitudinally as a measure of how learnable an interface is.

Disaster: A “disaster” (the term was coined by Gerry McGovern) occurs when a participant fails a task but is extremely confident it was completed successfully.

In current practice, the essential task-based UX metrics are those associated with actions and attitudes. Less commonly used are behavioral/physiological and combined metrics.

2. Attitudinal metrics: The fundamental attitudinal metric for tasks is perceived ease, commonly measured with the Single Ease Question. Other attitudinal metrics include ratings of confidence, task load, mental effort, expectation, and use of Usability Magnitude Estimation. Although not exactly the same, data from card sorting tasks can reveal mental models (cognitive and/or attitudinal) that potentially inform UI and IA design.

3. Behavioral and physiological metrics: Of these metrics, probably the most common are those derived from eye-tracking (e.g., dwell time, fixation count, time till first fixation, pupil dilation). Other behavioral/physiological metrics that have been used in UX research and practice include facial expression coding, electrodermal activity, EMG, heart rate, EEG, fNIRS, and tapping.

4. Combined metrics: The most commonly used combined metrics are the Single Usability Metric and learnability. This class of metrics also includes change from expectation, disaster, lostness, and efficiency ratio.