How much is a PhD Worth? 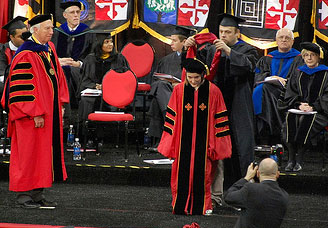 Does a PhD pay off financially?

I recently helped conduct the statistical analysis of the UPA 2009 salary survey[pdf], and used this opportunity to look into the data to see if I could calculate how much a PhD affects salaries in this profession.

The dataset contains salary information for a wide range of jobs in the profession—usability engineers, designers, managers and information architects.

The vast majority of the data comes from North America and the UK. According to the salary survey data, around 10% of the usability profession has a PhD. I suspect a much larger percentage probably wonders if a PhD pays off financially.

There are several variables collected in the salary survey: gender, country, job title, techniques performed on the job, and software tools used to name a few. The variable that has the largest impact on salary is years of experience. That shouldn’t be too surprising. We would expect that with more experience you’ll have a larger salary.  The next two most important variables that have the greatest impact were being a manager and having a PhD.  Surprisingly, having a Master’s degree didn’t make a significant contribution over having a Bachelor’s degree. Roughly 48% have Masters and 37% have Bachelors as their highest degrees.

Years of experience explains 28% of the variation in salaries. Knowing whether you are a manager or have a PhD add another 4 percentage points.

With regression analysis, each added variable must provide more information than what is contained in the other variables. So being a manager (or not) and having a PhD tells us more than just the total years of experience.

Just knowing the years of experience explains (accounts for) about 28% of the variation in salaries. Adding the variables of manager and PhD adds another 4 percentage points. That means knowing the years of experience, whether you are a manager and if you have a PhD can explain about 1/3 of the differences in salaries (Adjusted R-squared = 31.6%).  The other 68% is due to other factors such as individual merit, company differences, and geographic differences, as well as many unknown factors.

That may seem like a lot of unknown variation (68%), but in the world of behavioral science 31% of explaining power is a lot. As a point of reference, the SAT (the high-stakes college entrance exam taken in the US) and high-school grades together explain about 36% of first year college performance (in case you wondered).

The combination of variables that best predicts salary (called the regression equation) is:

To use the regression equation we plug in the values for the variables to get a predicted salary. Both PhD and Manager are indicator (or dummy) variables, for which you just insert 1’s or 0’s to represent their absence or presence.

We can see a few things from the regression equation.

For all their predictive power, regression equations have a tendency to be heavily influenced by a few outliers in a dataset. One therefore needs to interpret the coefficients as reasonable approximations as opposed to immutable numbers. For that reason it is helpful to provide 95% confidence intervals around each regression coefficient.  In so doing, we have the following confidence intervals:

The confidence intervals tell us that if we were to have data on all professionals in the usability profession, we’d expect a PhD to add, on average, between $11.5 and $22.4k to a salary. Keep in mind that this is about the average salary based on these factors. It does not mean that you cannot earn a lot more than this amount because of a PhD, it just means that on average a PhD will contribute around $17k more per year.

As an additional check on the stability of this estimate of the value of a PhD, I also examined the 2005 Salary survey data. In 2005, certainly a different economic climate than 2009, the estimates are strikingly similar. The 2005 regression equation is:

Figure 1 (below) shows the mean and 95% confidence intervals for the 2005 and 2009 data. There was some fluctuation in the data with a bit more money going to PhD’s in 2009 than 2005 and a bit less for managers. The large overlap in the confidence intervals suggests that much of the fluctuation is due to the random variability of the sample.So how many dollars is a PhD worth?  Our best guess is about $17k per year. If we need a firm estimate, we can be 95% sure it’s worth at least $12k. Over a career $12-17k per year can add up, but is it worth it financially? 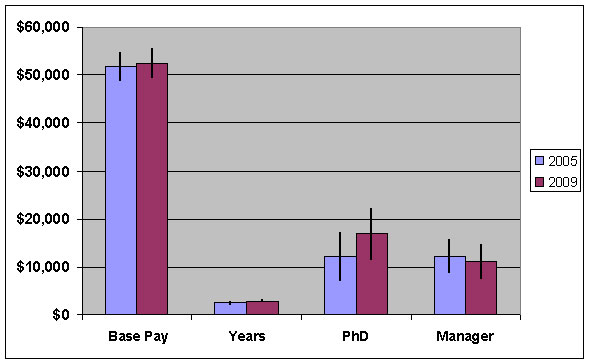 Figure 1: Difference in regression coefficient weights for 2005 vs. 2009. The overlap of the 95% confidence intervals show a rather consistent weighting of variables over the four year period.

Delaying entry into the workforce for 5 years would cost $265k–a deficit unlikely to be made up over a lifetime of earnings.

Is a PhD worth it financially?

The education and experience garnered from a PhD is undoubtedly valuable in other ways and you’re in an elite group in this profession. But does it pay off financially? We can use the data here to get a rough idea. There is a 5-figure annual premium for PhD’s, but there is also an opportunity cost assuming you pursue the degree full time and delay entrance into the usability profession. We’ll assume the PhD costs nothing (all expenses paid for by the school), which is of course a big assumption. Let’s also assume it takes 5 years to complete a PhD after completing a bachelor’s degree.  If you had skipped the extra years at school and took a job right after getting your bachelor’s degree, then you would have forgone around $50k per year, plus the $3k annual increase from your experience. After 5 years, the baccalaureate usability professional would have made approximately $292k—which is the opportunity cost.

Upon entering the workforce, with PhD in hand, you immediately get a higher pay of around $68k, but you’re well behind the bachelor. Assuming you slog it out in the profession (and we’re all still around in 25 years) you’d never quite catch up because the premium of $17k becomes a smaller and smaller proportion of the lifetime earnings. To help make up the difference the PhD perhaps should consider becoming a manager, although even this wouldn’t be enough. Another alternative is to consider pursuing a PhD part-time where you don’t have to forgo a full-salary (especially if any tuition is offset by an employer). 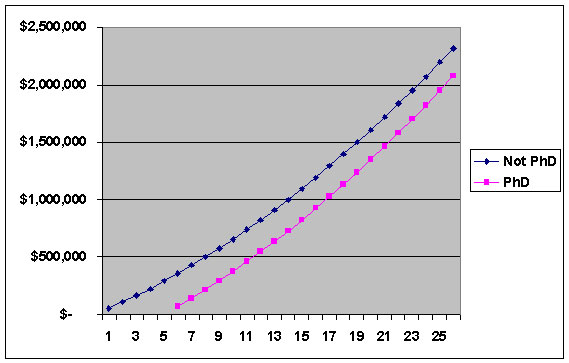 Figure 2: Lifetime earnings of a PhD vs. not having a PhD (Bachelor, Masters or less).

I haven’t met a PhD in the field who regrets their commitment and the long hours in the library with drunken undergraduates.  A PhD opens doors to academic positions (where it is usually required) and may even help you get a job faster. I do know many who have or had considered pursuing a PhD full-time and wondered if they could justify it financially. Individual differences will play a large role in compensation, but the data here suggests that on average a full-time PhD should be pursued for more than just financial reasons.