The Essentials of a Contextual Inquiry 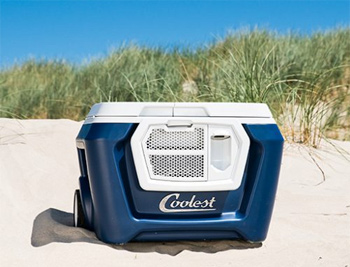 In the early 2000s, I was helping improve the usability of an application for commodity traders.

It was an app built for tablet computers. This was a decade before the iPad.

We had a good idea about the functions and tasks the app was intended to support.

But we didn’t really know how traders actually used the app or what they wanted to accomplish with it. So we spent the day on the floor of the very loud CBOE and watched four different traders use the app as they went about their jobs.

We watched as traders carried their tablets and used the software, usually successfully, but not always. And in between the shouting and the trading, we talked one-on-one about what the traders were doing and why.

What Is a Contextual Inquiry?

We were conducting a contextual inquiry. The contextual part emphasizes the importance of watching participants in the context of how how they use a product and how the physical environment influences their attitudes and actions.

The inquiry part refers to the semi-structured interviews you have with your participants to better understand their background and motivations. It’s semi-structured in that you want to have some script to follow and ask a core set of questions, but you should be ready to deviate from the questions where you can uncover potentially useful threads.

Where Did Contextual Inquiries Come From?

Like many UX methods, contextual inquires come from other fields of research, primarily the social sciences like anthropology and educational research. It’s based on the idea of observation as an important qualitative method.

One of the earliest uses of contextual inquiries in the field of what we now call UX research was from an influential paper by Whiteside, Bennett, and Holtzblatt in 1988, who described this style of inquiry as a “phenomenological research method.”  The paper became the foundation for the book, Contextual Design, which is considered “the bible” of using contextual Inquiry in UX research.

When Would You Use a Contextual Inquiry?

Contextual inquiries are one of a number of methods used to help identify unmet user needs. They provide insight into:

It’s particularly helpful for generating ideas for new features and or new products. Here are some examples of when contextual inquires can help:

A number of companies have embraced contextual inquires as a means for developing better products. For example, at Intuit we called the technique “Follow-Me-Home.” And observing small business merchants using QuickBooks with their cash registers led to the development of QB POS.

Some Tips on Conducting a Successful Contextual Inquiry

Here are some things to keep in mind to make your next contextual inquiry a success:

The next time you see users encountering problems solving tasks, look at it as an opportunity. A contextual inquiry might be the first step into developing an innovative product that makes all our lives easier—like a cooler with a blender and sound system all in one.