How To Interpret Survey Responses: 5 Techniques 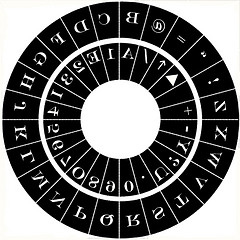 Closed ended rating scale data is easy to summarize and hard to interpret.

Ideally you can compare the responses to an industry benchmark, a competitor or even a similar survey question from a prior survey. In most cases this data doesn’t exist, it’s too expensive or too difficult to obtain.

This leaves product managers and researchers to do their best in interpreting the raw responses.

For example, a recent survey I worked on asked a question about what users thought of the visual appeal of the software. Users were given a five point rating scale (from strongly disagree to strongly agree).

Here are the responses from 18 users:

Because the question was just written for the survey, there’s no historical or comparative data.

To find more meaning in this jumble of numbers, the first thing you need to do is compute the mean and standard deviation. While you won’t necessarily report them, you’ll need them for some of the subsequent steps.

There were 18 responses and the mean was a 4.167 and the standard deviation a 1.21. Here are five ways of making the raw responses more interpretable.

As you can see, many of the methods generate reassuringly similar results. Here’s another example using 15 responses to a 7 point scale on perceived ease of use:

This generates a mean of 5.4 and a standard deviation of 1.92

I’ve summarized the results in the table below along with the results of the five point scale.

Which is the best approach?

The “best” approach depends on the context and your situation. I’ve used all these at some point but I prefer the z-score approach for three reasons.

However, there are times when executive comprehension is more important than statistical precision. If you find it hard to explain the z-score approach and are unsure whether others will be comfortable with it, one of the other approaches will generate similar results (albeit less precisely).

The metrics are even more meaningful with confidence intervals, but that’s a topic for another blog. To help you get started, you can download an Excel file with the appropriate calculations for 5 and 7 point scales.