How to Handle Multiple Comparisons 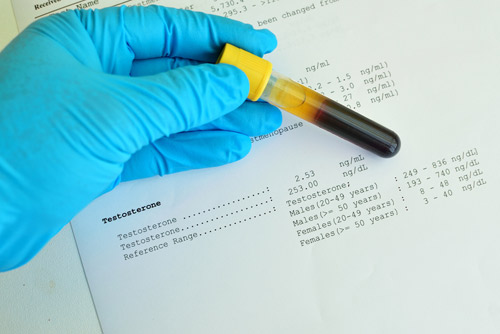 You go to your doctor for a checkup.

You’re feeling fine but as a matter of procedure, your doctor orders a battery of tests and scans to be sure all is well. She runs 30 tests in total.

A few days later she calls and tells you one of the tests came back positive–an indication something is potentially wrong.

Now it could be that a medical issue has gone undetected. After all, many diseases have no early symptoms. But it could also be that this result is a false positive–a result that indicates a problem when in fact nothing is wrong.

While the false positive rate for any single medical test is usually low (to minimize patient agony and unnecessary tests!), the chance you’ll see at least one false positive in multiple tests turns out to be rather high.

The danger of false positives applies to more than just blood work and pet-scans; it applies to p-values used in data science and customer experience research, too. With the proliferation of big data, the number of statistical tests we can perform seems endless. But the number of fluke discoveries we’re likely to detect has increased as well.

Fortunately, there are techniques to help manage the false positive rate when making multiple comparisons.

One of the better known is the Bonferroni correction. The idea is that you lower your threshold for significance by adjusting your p-value downward based on the number of tests you perform. It’s done by dividing the original p-value by the number of tests. If your goal is a finding (such as differences between two designs or survey questions) that’s statistically significant at p < .05 for 20 tests, your new corrected p-value becomes .05/20 = .0025. That means only p-values below .0025 become statistically significant.

This correction is intuitive and simple to compute and is used extensively by researchers in many fields. Unfortunately, it tends to overcorrect the problem by making it too difficult to declare differences as statistically significant! In protecting against the false positive rate, it increases the false negative rate!  This is akin to making a medical test with such a low false positive threshold that it tends not to flag a disease.

To see how this works in practice, we collected SUPR-Q scores from 10 popular U.S.-based retail websites in 2013. The raw values along with 90% confidence intervals are shown in the figure below (I used a statistical significance level (alpha) of .10  for this research). 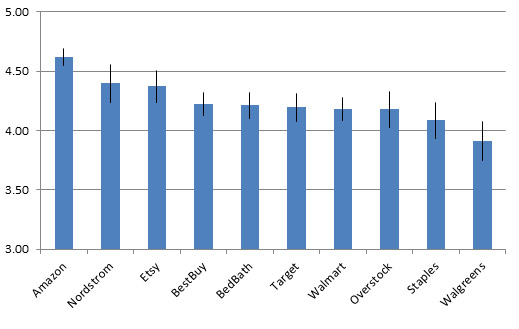 Amazon had the highest SUPR-Q score and Walgreens the lowest, but which websites were statistically different from each other? With 10 websites, there are 45 total paired comparisons and plenty of opportunity to falsely identify a difference! I computed the p-values using an unadjusted method, the Bonferroni method, and the Benjamini-Hochberg method as shown in the table below.

With the p-values ranked lowest to highest, the results were:

We talk more about making and managing multiple comparisons and false positives in our Rome and Denver UX Boot Camps and in the 2nd Edition of Quantifying the User Experience.

The next time you find yourself making a number of statistical comparisons (especially unplanned ones) or the subject of a number of medical tests, consider the Benjamini-Hochberg correction to help ensure your conclusions aren’t just false positives.