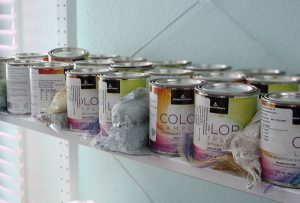 One of the biggest and usually first concerns levied against any statistical measures of usability is that the number of users required to obtain “statistically significant” data is prohibitive. People reason that one cannot with any reasonable level of confidence employ quantitative methods to determining product usability. The reasoning continues something like this:

“I have a population of 2500 software users. I plug my population (2500) into a sample size calculator and it tells me I need a sample almost 500 to obtain statistically significant results. The time spent recruiting, testing and compiling such a large sample would take months or years and cost tens or hundreds of thousands of dollars!”

The result is usually some qualitative testing done with 5-8 users and the recipient of the report inevitably asks: “How can we make such strong conclusions with so few users?” At best the research by Nielsen and Landauer gets mentioned and at worst, both the test administrators and recipients walk away with very little confidence in the testing conclusions. Spool and Schroder (2001) and Woolrych & Cockton (2001) both showed that relying on only five users was problematic in certain contexts.

We usability professionals report our findings with such enthusiasm and confidence yet wished our conclusions were supported with equal confidence from widely accepted statistical methods. The solution is to transform our thinking about what’s being analyzed.

The users aren’t the unit of analysis–the tasks are. Don’t think of the number of users as your opportunity for a defect or your unit of analysis. Yes, we’re usability professionals, and we should know our user, but that doesn’t mean we want to evaluate users’ software skill levels. Instead we want to measure the software.

Assuming the sample of users we’re testing is somewhat representative of the total user population then we should also assume their observed errors and ability level is indicative of how users will actually behave outside the lab setting. Look at your users as a representative sample of “operators” of the product and the tasks you have them perform as representative of real-life tasks. Therefore, the product’s usability can be described as the sum of all the usability defects that operator experiences. To operationalize this you would say, the opportunity for defects then are the number of users multiplied times the number of tasks.

For example, think of the last time you tried a new product and then told someone about your experience. Chances are, you mentioned something about its ease of use (or lack of). When you described how easy something was to use, your comments were influenced by items such as:

ISO has attempted to narrow these fuzzy aspects into three major areas of effectiveness, efficiency and satisfaction in their standard for defining and measuring usability 9241 part 11.

In order to properly measure usability, each of these aspects should be measured for a set of core tasks, say the ten most common tasks performed, or where the users spend 80% of their task time. Then, the number of users multiplied times the core tasks will give you a quantitative measure of usability for that product (insofar as those tasks represent the products well). So if you had ten core tasks, times your twelve users, you’d have a sample of 120 observations to analyze.

This sample would provide more variability and hence a better representation of your total universe of tasks then only looking at a sample of 12. If your product had 2500 users, each performing roughly 30 total tasks (most of them being infrequently completed) you’d roughly have a universe of

Of course not all of those 2500 users use the software to the same extent. Many subcategories exist of novice, expert, administrator and other special classes of users, but for this illustration lets assume they all belong to the same category of user.

Most sample size calculators, including this one, calculate the sample based on a binomial data set. In an opinion poll which asks you to agree or disagree and you’re pretty certain the results wont be overwhelming in one direction (95% agree or disagree to a statement) you assume the worst case scenario for binary data: a 50/50 split in opinions. When it’s such a close call the chances of your sample not representing the total population increase. A greater sample is then required to decrease the confidence interval and therefore chance of error.

The other draw-back to most online-calculators is that they assume your sample size is in the hundreds, which is rarely the case in usability studies. That assumption means the calculations will be off (creating margins of error that are too wide) for smaller samples and especially for smaller samples with completion rates closer to 100%. For better results use the interactive sample size calculator for completion rates, which was designed for small sample studies.

Task completion is also a binary data set. If you’re testing a set of experienced users who by definition complete the task weekly, then you should assume a 99% completion rate. For this example, let’s be more conservative and assume a 95% completion or success rate. The proportion (p) is then .95. This lop-sided result in binary data means you don’t need a very large sample. In fact, 12 users completing 10 tasks would be representative enough to draw many conclusions. However, if one of those users doesn’t complete the task and it’s not attributable to some testing environment issue, than it’s either a rare event, an unrepresentative user or an unrepresentative task.

Again, all this assumes your data set is binomial, which is a discrete measurement. For a continuous measurement you would calculate the sample size using a different technique.

So while I just said to focus on the tasks and the users as an opportunity for a defect, there’s one complication. Statistical computations don’t work well when the measures are not independent. In this case, there isn’t independence since a users performance on a task is likely to tell us something about her performance on subsequent tasks. This means changing the task is like changing the application tested, it has a dramatic effect on what you observe, a point raised in the early 1980’s by Jim Lewis and also recently described in a CHI paper by Lindgaard and Chattratichart.

Once you understand the importance the task plays in affecting the population, then use the interactive sample size calculator for completion rates to see how the sample sizes affects your uncertainty about an a completion rate. If you’re just looking to find UI problems then use the Sample Size Calculator for Discovering Problems in a User Interface.