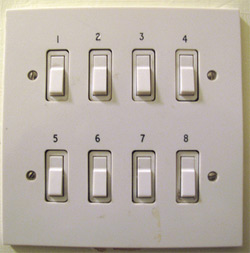 Usability is attitude plus action.

Attitudes and actions are measured during a usability test where a representative sample of users are asked to complete tasks.

During the test we collect task-based metrics of performance (completion rates, task-time and errors) and perception (task-level difficulty).

We created the Single Usability Metric (SUM) to summarize these task metrics for company dashboards and to track improvements over time.

At the end of the test session we also administer a short survey of 10-20 items to gauge the user’s perceptions of the product. These surveys almost always include standardized questionnaires like the System Usability Scale (SUS) for software and applications, and the SUPR-Q for websites.

But there often isn’t enough time or it’s logistically difficult to conduct usability tests. This is especially the case if there are many products or websites with massive amounts of functionality.

To help answer this question I looked to our survey of over 100 usability tests[pdf] from across a dozen organizations where we found that task performance and scores on standardized questionnaires, most of which were the SUS (80%), were modestly correlated. The correlation was usually between an r of .2 and .3. That means that the post-test questionnaire scores explain just 10%-15% of task success or failure.

That’s not terribly strong but it does tell us that task performance is tied loosely to the perception of the software or website usability when looking within the same usability test.

However, when I aggregated the data at a more macro level and rounded completion rates into 10 percentage point buckets, a stronger relationship emerged. For example, a task completion rate of 76% fell into the 80% bucket. In total I looked at 833 users’ task experiences with a product or website. 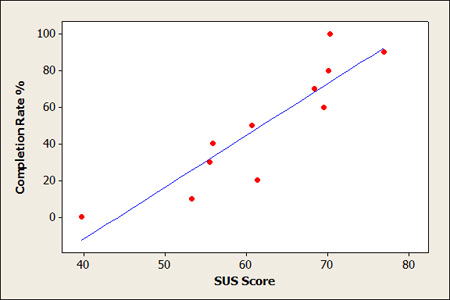 You can also see that the lowest average SUS scores bottomed out at 40, well above the lowest possible score of 0.

The graph below provides another perspective. It shows the average SUS score by the completion rate buckets, the sample size and the 90% confidence intervals. 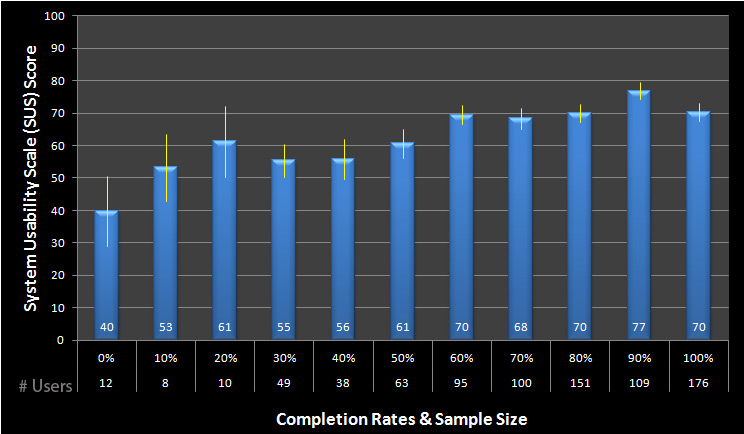 Figure 2: The mean SUS score for each completion rate bucket (0%-100%). The numbers represent the number of users and the yellow error bars are the 90% confidence intervals.

For example, there were 36 out of 833 users across the 122 studies that completed 40% of the tasks. Their average SUS scores was 56. The yellow error bars show the 90% confidence intervals. There is more precision for the groups with higher sample sizes (e.g. 80% completion rates versus 20% completion rates).

The non overlap in the confidence intervals also show us that the dip in SUS scores for the 100% versus 90% completion rate groups are NOT due to sampling error. I suspect there’s a sort of ceiling effect with task completion rates for certain products. That is, many users will complete all the tasks but not necessarily think the experience was easy.

To help put that into perspective, two of the data points come from an enterprise expense reporting web-application. Twenty six users performed the same tasks on both web-apps. One product had a SUS score that was 57% higher (53 vs 82) than the other. But the difference in task completion rates was much more modest : 89% vs 97% respectively. That is, most users completed most of the tasks on both applications, but they thought the experience was vastly different.

In the cases of software or tasks that are done frequently, task completion rates become less of a meaningful measure as users must complete tasks (task failure= not getting reimbursed). But just because the task is completed doesn’t mean it was easy to use. And that’s the tepid relationship we see between SUS scores and completion rates for any given test.

The calculator below will convert a raw SUS score into an approximate completion rate using the regression equation derived from the data we analyzed. You can use other questionnaires by converting the raw score to a percent of the maximum possible score.