4 Steps to Translating a Questionnaire 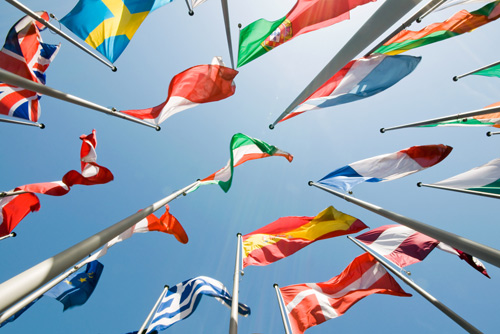 An effective questionnaire is one that has been psychometrically validated.

This primarily means the items are reliable (consistent) and valid (measuring what we intend to measure).

So if we say a questionnaire measures perceptions of website usability, it should be able to differentiate between usable and unusable websites and do so consistently over time.

With websites and software products that have an international reach, a substantial part of the user base likely doesn’t speak English, or speaks English as a second language.

Here are four steps to take to get your questionnaire ready for a different language than it was written in.

1.    Translate the questionnaire into the target language: Ideally you can have more than one person do the translating but it’s not essential.  While Google’s translation is a quick tool to get the gist of text in a foreign language, don’t rely on it for translating.  Below are the SUPR-Q items originally written in English and translated into French, along with the anchor labels to the response options for most of the items (strongly disagree to strongly agree).

You can see from the items above that there’s generally good agreement for most items and a few that need to be addressed. But like the game of telephone, things get a little lost in translation. At this point you’ll want to have the two translators reconcile the differences.

3.    Pretest the items:  Administer the newly translated and refined items to a small sample (5-20 people) as you would with a typical set of participants. Unlike a typical administration, however, ask the participants of this study to comment on the items. Have them comment on words that don’t quite translate well, are ambiguous, or where another word or phrase will do. Adjust the items again.

During this process look for words or phrases that don’t translate well or lose their meaning. For example, in rating the visual appeal of a product the item from the German Attrakdiff scale “takes me distant from people to brings me closer to people” just doesn’t flow smoothly in English.  As a side note, some words don’t work well in the original language to native speakers. We’ve seen some native and non-native English speakers have trouble understanding the word “cumbersome” from item 8 on the System Usability Scale (SUS). Multiple researchers have found using awkward works just as well statistically and is better understood.

For an example of how most of these steps are performed, see a recent translation of the CSUQ from English to Turkish that Jim Lewis helped conduct.