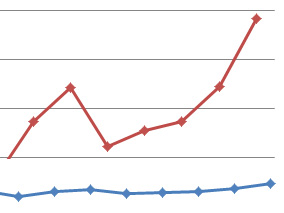 One of the best ways to make metrics more meaningful is to compare them to something.

The comparison can be the same data from an earlier time point, a competitor, a benchmark, or a normalized database.

Comparisons help in interpreting data in both customer research specifically and in data analysis in general.

For example, we’re often interested in customers’ brand attitudes both before and after they experience a website.

This measure of brand lift can be seen in the graph below for a group of participants who provided their attitudes before and after using both the Budget and Enterprise websites. 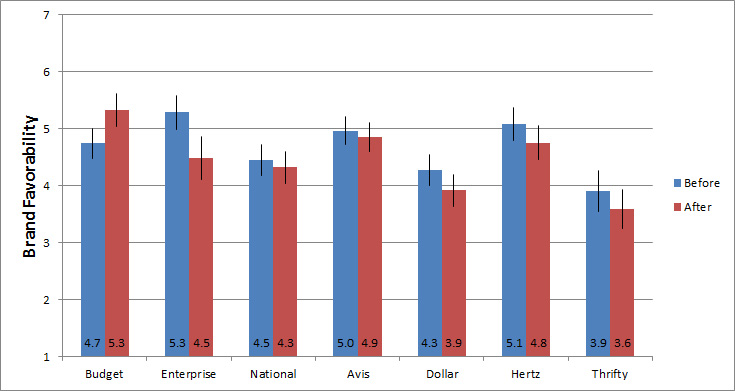 Figure 1: Average brand favorability score (before and after) and 95% confidence intervals for participants who rented a car on Budget and Enterprise websites.

A challenge with displaying multiple points on a single graph like this one is that your reader may not know what’s important to pay attention to or the point you’re making with the data.

When making a comparison, it’s often the difference that’s of interest, rather than the absolute number. In graphs like this one, that difference can get lost.

The graph below shows the same brand favorability data from above, but this time as difference scores (after minus before). 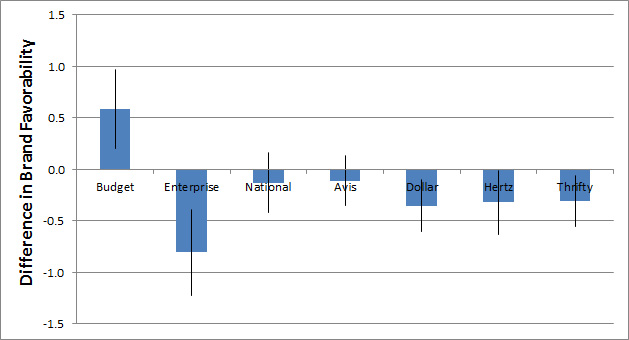 Figure 2: Brand favorability difference score (after minus before) and 95% confidence intervals around the difference for participants who rented a car on Budget and Enterprise websites.

Now your reader can see the differences: Budget shows an improvement in attitude (being positive) and Enterprise shows a large drop in attitude, and to a lesser extent the other brands drop, as well. 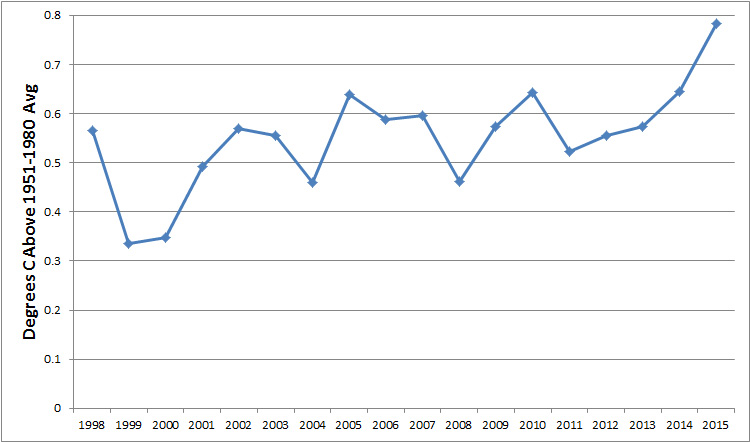 Figure 3: Global temperature difference scores (anomolies in C) based on average global land and sea temperatures relative to the average temperature from 1951-1980.

Here’s the same data but this time graphed as raw temperatures (in degrees Celsius). 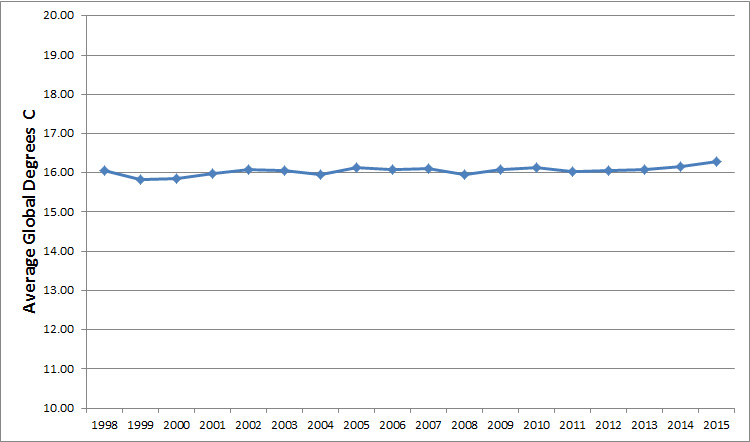 The graph of the temperature anomalies (difference scores) highlights the differences between average temperature each year and over time—even if that difference is more modest when expressed as raw values. Both graphs show the same changes per year, which is less than 1% for most years.

Note: It’s actually quite difficult to find temperatures expressed as raw values, which makes interpreting them (and understanding their implications) for the layperson more challenging. I had to re-create the raw temperatures myself.

The dangers of difference scores

When comparing difference scores to raw data, it’s important to remember that difference scores are presented on different scales than the raw values. You can skew a reader’s perception of the data—and its relative importance—by changing the scale the data is presented with. (But that’s a topic for a future article on visualizations.)

In the examples above, the first graph had a y-axis spread of about 1 degree Celsius while the second was 10 degrees Celsius. The first graph can give the overall impression of a bigger difference than really exists.

As another example from customer research, we were working with an Internet retailer to understand what different changes to the interface would have on attitudes toward purchasing (referred to as dimensions). We used a large sample size (over 2000 participants) and randomly assigned people to one of two page designs.

The graph below shows the difference in attitudes (referred to as satisfaction in this graph) between the two versions by dimension. Version B has higher ratings across all three dimensions, and the differences are statistically significant. The visualization of the raw scores don’t highlight the difference, even with the scale range being restricted from 5 to 10 (instead of from 0 to 10). 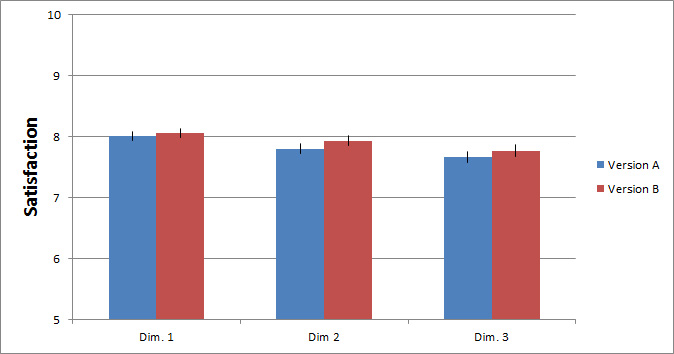 The next image shows the difference in ratings across the same three dimensions between Version A and B. 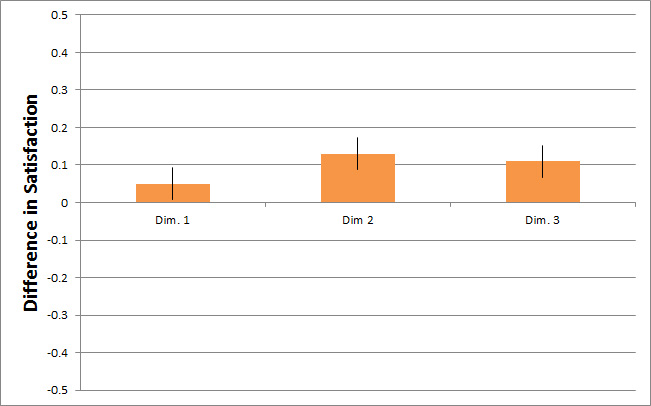 You can see right away that there are positive differences. However, that doesn’t change the fact that the differences represent only around 1% difference in average satisfaction scores! While that difference is statistically significant, how that translates into different buying behavior on a website is unclear.

And that’s the major risk with difference scores. While they can be essential for showcasing important differences that raw score graphs can’t show, they can also make differences look bigger and by extension more important. And while they might be impactful and more important, the graph alone can’t tell you that.

Notice too, that the scales change, which accentuates the difference. In the first graph the spread is five points and in the second it’s one point. Anomalies and difference scores can be used to highlight differences and convey a message. In these two examples they’re that brand attitudes changed and temperatures fluctuated. But it’s up to the graph creator to help convey and the viewer to understand what those differences translate into in real life.

If you have a point you want to make, difference scores can help you make it more strongly (for better or worse). And the adage that you can show anything you want with statistics can also apply to visualizations of statistics too. Statistical differences and visual differences don’t necessarily mean practical significance.

Graphs of difference scores are a helpful visualization technique to help highlight differences compared to displaying raw scores. Their main advantage can also be a disadvantage as even small differences can look important. In customer research and analysis in general, while the graph maker can help, it’s ultimately up to the viewer to understand if differences depicted have an impact that’s meaningful or more modest.