A Brief History of Usability 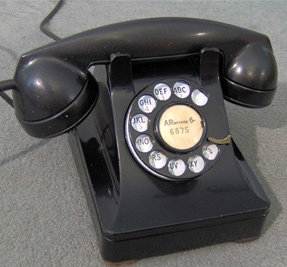 The profession of usability as we know it largely started in the 1980s.

Many methods have their roots in the earlier fields of Ergonomics and Human Factors which began near the beginning of the 20th century and had a strong influence through World War II.

While not exhaustive, the following is a timeline of several key events, people and publications that have shaped the history and future of usability:

1916
Frank and Lillian Gilbreth reduce work motions into smaller steps and pioneer ways of making work faster and easier from bricklaying to clerical work. They applied this method during World War I by showing soldiers how to assemble and disassemble weapons in the dark.

1943
Alphonse Chapanis, a lieutenant in the U.S. Army, shows that “pilot error” can be greatly reduced through the more intuitive layout of airplane cockpits.

1947
John E Karlin at Bell Labs is named head of the newly-formed User Preference Department (later renamed the Human Factors department) where he would help perfect the modern numeric dialing system and keypad still in use today. He conducted a famous study to find out how short AT&T could make phone cords. At night he went into offices at the labs and shortened phone cords until staff members called technical support staff complaining that their cords were too short.

1954
Paul Fitts publishes a paper in the Journal of Experimental Psychology that describes a mathematical model used to predict the time it takes to move to a target based on its size and distance (which became known as Fitts’ Law).

1956
The psychologist George Miller coins the phrase “the magic number seven plus or minus two” from a variety of experimental results indicating that humans have trouble holding more than five to nine items (chunks) simultaneously in working memory.

1957
The Human Factors Society is formed.

1967
Micheal Scriven writes about formative and summative evaluations in the education literature as applied to student learning and assessment. These terms would later be applied to different types of usability evaluations.

1979
Permanent Labs at companies like IBM perform what we now would call Summative usability testing.

The first scientific publication with usability in its title appears, “The Commercial Impact of Usability in Interactive Systems” by John Bennett.

1980
Ericson and Simon publish” Verbal Reports as Data” [pdf] which focuses on using the Think Aloud Method that would later come to dominate usability tests.

Alphonse Chapanis’ student, Jeff Kelley, is credited with coining the term “Oz Paradigm” which we now refer to as the “Wizard of Oz” method.

1981
Alphonse Chapanis and colleagues publish “Tutorials for the First-Time Computer User,” which describes usability as more of a formative than summative activity. They suggested that observing about five to six users using the software will reveal most of the problems in a usability test.

1982
Wanting a more precise estimate of a sample size than 5-6, Jim Lewis published the first paper[pdf] describing how the binomial distribution can be used to model the sample size needed to find usability problems. It is based on the probability of discovering a problem with probability “p” for a given set of tasks and user population given a sample size “n.”

At Gaithersburg, Maryland professionals interested in human-computer interaction meet for the first time. The conference is funded jointly by the Human Factors Society and the Association for Computing Machinery (ACM). Later that year, ACM forms a subgroup called the Special Interest Group on Computer-Human Interaction (SIGCHI).

1983
The Psychology of Human Computer Interaction is published by researchers at Carnegie Mellon and Xerox Park (Stuart Card, Thomas Moran & Allen Newell). This seminal book explains GOMS and Keystroke Level Modeling based on the earlier work of Taylor, Fitts and Gilbreth.

The first CHI Conference was held in Boston as part of ACM’s SIGCHI subgroup.

The Human Factor, by Harry Hersh and Dick Rubinstein, both at Digital Equipment Corporation, is published. It is the first book-length description of human-computer interaction.

1985
J. Gould and Clayton Lewis publish the influential paper, “Designing for Usability: Key Principles and What Designers Think.[pdf].” They discuss an early and continual focus on users as well as empirical measurement and iterative design.

1986
John Brooke at Digital Equipment Corporation creates a “quick and dirty” questionnaire to assess the usability of software. The System Usability Scale (SUS) has gone on to become the mostly widely used questionnaire for evaluation perceptions of system usability.

The first local chapter of SIGCHI is started in Boston a few months after the annual SIGCHI conference is held there.

It is now in its fifth edition.

The Questionnaire For User Interaction Satisfaction (QUIS) is published based on the work at Ben Shneiderman’s HCI lab at the University of Maryland.

The Birth of the Modern Usability Profession

1988
John Whiteside at Digital Equipment Corporation and John Bennett at IBM published a number of chapters and papers on the topic of “usability engineering” (Whiteside, Bennett, & Holtzblatt,1988) which stressed early goal setting, prototyping and iterative evaluation. Joe Dumas, one of the godfathers of usability, attributes these papers and this period as the birth of usability as a profession.

1989
The Technology Acceptance Model (TAM), including a questionnaire to measure perceived usefulness and usability, is published by Fred Davis [pdf].

Shackel publishes “Human Factors and Usability” which defined usability as a function of efficiency, effectiveness & satisfaction (the ISO 9241 pt 11 standard). Despite many proposed extensions, we still think of usability in terms of these three aspects.

1992
Robert Virzi’s paper “Refining the test phase of usability evaluation: How Many Subjects is Enough?” is published. This, along with his previous paper found that :

Publication of the Software Usability Measurement Inventory(SUMI) questionnaire by Jurek Kirakowski at the University of Cork.

A listserve dedicated to usability is started by Tharon Howard and continues to be a popular discussion outlet to this day.

Jim Lewis reexamines Virzi’s claims in the paper “Sample sizes for usability studies: Additional considerations[pdf]” and finds general support for the claim that additional users are less likely to reveal new information but the sample size is dependent on the problem occurrence. He also found that problem severity and frequency were independent.

1995
Jakob Nielsen publishes the first bi-weekly column on usability on useit.com which continues to this day.

1996
John Brooke publishes the System Usability Scale (SUS) after 10 years of use in industry.

WebEx is founded in California and goes on to develop screen sharing and conferencing software that will be used in moderated remote usability testing.

2002
The first publications about remote usability testing emerge, including the one by Tom Tullis et al on “An Empirical Comparison of Lab and Remote Usability Testing of Web Sites [pdf]

Special Thanks to Joe Dumas and Jim Lewis for contributing and commenting on earlier versions of this timeline. Additional details about the history of usability can be found in papers from Joe Dumas, Jim Lewis, Jonathan Grudin and Ginny Redish.