What Is the Typical Ratio Between Designers and Developers?

User Experience improvements don’t just happen. You need to have the right people in the right positions to help make a better experience.

It would be easy of course if you could just hire as many people as you want. Unless you’re Facebook or Google, that’s probably not an option. Instead, UX teams need to justify requests for headcounts.

One way to justify and gauge the right amount of UX staff is to examine the ratio of developers to UX staff (researchers and designers). The challenge, for as long as I’ve been in the field though, is that no one seems to know what the “ideal” or even most common ratio is across companies. While it’s unclear if ratios are the way to manage headcount in UX teams, knowing how other organizations are staffed can be helpful. We surveyed the UX industry to find out what the most typical ratios is, as a point of reference for UX teams.

As part of our larger effort on UX maturity assessments, we received data from 150 respondents from around the world using a non-probability snowball sampling method. One of the questions we asked respondents was the ratio of UX researchers to designers and developers at their companies. The data was collected between Dec 2016 and June 2017. Respondents were primarily UX practitioners themselves (researchers, designers, and managers).

We saw variation in responses, but the most “typical” ratio is shown in Figure 1. It shows:

Figure 1: Most commonly reported ratio of researchers to designers to developers.

Because the most common ratio was only selected by a minority of respondents, it’s important to examine the distribution of other responses. The frequency distribution of the reported ratio of researchers to designers shows some variation (Figure 2). More than half (57%) report having at least 1 researcher for every 20 designers. Interestingly, a substantial portion of respondents (27%) didn’t know their ratio.

The frequency distribution of the reported ratio of designers to developers shows that around half (49%) of respondents report having at least 1 designer for every 20 developers (Figure 3). Only 10% of organizations had a ratio as low as 1 to 5, and 19% didn’t know or weren’t sure.

Figure 3: Frequency distribution of reported ratio of designers to developers.

We wanted to see how the ratios might change when factoring in the size of the company, the industry, the maturity of the company (new vs. established), and self-reported UX maturity.

We found that companies in earlier stages of development/maturity (initial and growth stages) were much more likely to have a higher ratio of designers to developers compared to later stage companies (those described as being in mature and renewal stages). Figure 4 shows that 71% of less mature companies had a ratio of less than or equal to 1 designer for every 20 developers. That’s compared to 40% for more mature companies, which tended to have a higher ratio. 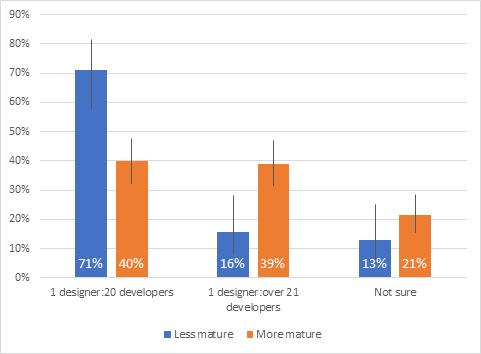 Figure 4: Difference in ratio of designers to developers for less mature and more mature companies. 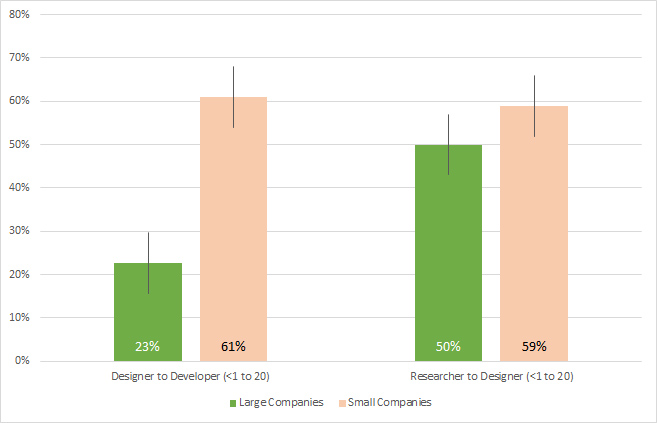 Figure 5: Difference in percentage of large and small companies with less than or equal to 1:20 ratios of designers to developers and researchers to designers.

While we had a good representation of industries in the sample, we didn’t detect any meaningful differences across the 16 industries represented. Most of the respondents were in the software (27%), banking/finance (13%), and retail (11%) industries.

Interestingly, the ratios between companies with higher rated UX maturity didn’t differ that much. The biggest difference we noticed was organizations rated as being less UX mature were much more likely to not know the ratio of researchers to designers (36% didn’t know compared to 10% for mature). Perhaps not knowing the ratio itself is an indication of less UX maturity. We will provide a more detailed report on the maturity survey in an upcoming article and downloadable report.

Here are a few things to consider when using this data as a reference for ratios.