A Brief History Of The Magic Number 5 In Usability Testing 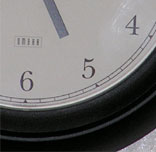 Wondering about the origins of the sample size controversy in the usability profession?  Here is an annotated timeline of the major events and papers which continue to shape this topic.

It’s the dawn of Usability Evaluation and the first indications of diminishing returns in problem discovery are emerging.

1981: Alphonse Chapanis and colleagues suggest that observing about five to six users reveals most of the problems in a usability test

1982:  Wanting a more precise estimate of a sample size than 5-6, Jim Lewis published the first paper describing how the binomial distribution can be used to model the sample size needed to find usability problems. It is based on the probability of discovering a problem with probability “p” for a given set of tasks and user population given a sample size “n.”

Use of GUI’s explode and the need for more precision in sample size estimates generates multiple papers which reassuringly propose using the Binomial to model sample sizes.

1991: Wright and Monk also show how using 1-(1-p)n  can be used to identify sample sizes in iterative usability testing

1993: Jakob Nielsen and Tom Landauer in a separate set of eleven studies found that a single user or heuristic evaluator on average finds 31% of problems. Using the Poission distribution they also arrive at the formula 1-(1-p)n

1994: Jim Lewis was sitting in the audience of Robert Virzi’s 1990 HFES talk and wondered how severity and frequency could be associated.  His 1994 paper confirmed Virzi’s first finding—the first few users find most of the problems, partially confirmed the second (his p was .16 not .32) . His data did not show that severity and frequency are associated. It could be that more severe problems are easier to detect or it could be that it is very difficult to assign severity without being biased by frequency. There has been little published on this topic since then.

Usability goes mainstream and people are too busy counting stock options to write much about sample sizes.

2000: Nielsen publishes the widely cited web-article: “Why you only need to test with five users“, which summarizes the past decade’s research.   Its graph comes to be known as the “parabola of optimism.”

While still sitting in Aeron chairs and counting near worthless options, skepticism builds over the magic number five.

2001: Jared Spool & Will Schroeder show that serious problems were still being discovered even after dozens of users (disagreeing with Virzi’s but agreeing with Lewis’s findings).  This was later reiterated by Perfetti and Landesman.  Unlike most studies, these authors used open-ended tasks allowing users to freely browse up to four websites looking for unique CD’s.

2001: Caulton argues that different types of users will find different problems and suggests including an additional parameter for the number of sub-groups of users.

2001: Hertzum and Jacobsen caution that estimating an average problem frequency from the first few users will be inflated

2001: Lewis provides a correction for estimating the average problem occurrence from the first 2-4 users

2003: Laura Faulkner also shows variability in users encountering problems.  While on average five users found 85% of problems in her study, some combinations found as few as 55% or as much as 99%.

2003: Dennis Wixon argued the discussion about how many users are needed to find problems is mostly irrelevant and the emphasis should be on fixing problems (RITE method).

2003: A CHI Panel with many of the usual suspects defends and debates the legitimacy of the “Magic Number 5”

2006: In a paper based on the panel at UPA four years earlier, Carl Turner, Jim Lewis and Jakob Nielsen review the criticisms of the sample sizes formulas but show how it can and should be legitimately used.

2006: Jim Lewis provides a detailed history of how we find sample sizes using “mostly math, not magic.” It includes an explanation of how Spool and Schroeder’s results can be explained by estimating the value of p for their study and putting that value into 1-(1-p)n  .

2007: Gitte Lindgaard and Jarinee Chattratichart using CUE-4 data remind us that if you change the tasks you’ll find different problems.

2008: In response to calls for a better statistical model, Martin Schmettow proposes the beta-binomial to account for the variability in problem frequency but with limited success.

2010: I wrote an article visually showing how the math in the binomial predicts sample sizes fine–the problem is in how it’s often misinterpreted.  The article reiterates the important caveats made for the past decades about the magic number 5:

If you approach sample sizes this way you avoid the problem of the variability in problem frequency and don’t have to make any assumptions about the total number of problems in an interface.