The Maturity of UX Organizations 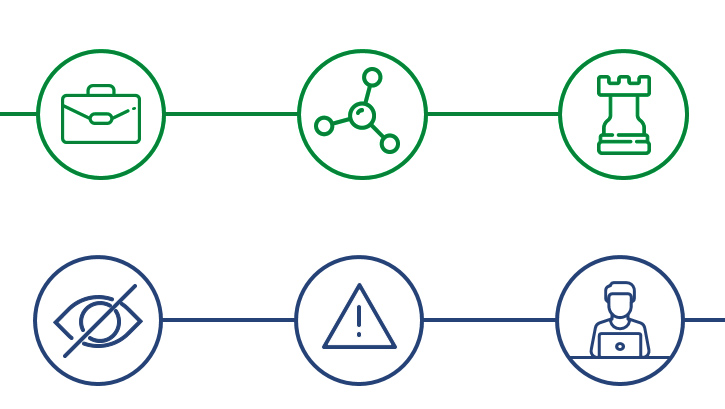 What makes a UX practice “mature?,” how do we measure UX maturity, and does maturity really matter?

In an earlier article, we discussed the history and challenges of assessing the UX maturity of companies and departments within large organizations.

Existing models of maturity generally consist of different stages, with maturity progressing from unrecognized or ad hoc to institutionalized (for example, Nielsen’s steps). The models also identify common components to assess, including the importance of budgets, methods, processes, organization structures, and the attitudes toward UX.

While the models are helpful, they do lack empirical validation to ensure we’re assessing the right things. To improve the rigor of the UX maturity assessment process, we created an industry-wide survey to benchmark UX practices across different companies. With the results, we identified patterns that differentiate mature from less mature companies and then used the differences to create a model of UX maturity. Here are the main findings from that survey, which we also presented at CHI 2017 . The full report is also available for purchase.

We used an international non-probability snowball sampling method,  along with social media and distribution lists, to invite UX professionals to take the survey. Keep this in mind as you assess the generalizability of the findings.

We received 150 completed responses between Dec 2016 and June 2017. The survey took participants an average of 18 minutes to complete.

Note: To preserve anonymity we did not ask for company names; therefore, it is probable that some respondents are from the same organization.

Respondents represented a range of employment levels with over 90% being in a mid- or senior-level position. 38% of respondents were UX researchers, 30% identified as UX generalists, and 19% were managers/directors.

Most of the organizations were for-profit (86%), with 4% non-profit and 8% in the government or military (given the high percentage of non-governmental response, we use the term organization and company interchangeably). The median company size consisted of 1,350 employees with around half (45%) of respondents’ companies having between 1,000 and 50,000 employees.

Fifteen industries were represented, with most respondents in software (27%), finance (13%), retail (11%), and government/public sector (8%).

Most respondents indicated being involved in user research (86%) and usability testing (86%), which is consistent with the salary survey results providing a good point of corroboration.

Respondents were asked to rate the maturity of their organizations on a six-stage UX scale:

Most respondents (52%) selected the “Considered” stage to describe the company they work for (see the figure below). The relatively symmetrical distribution of responses across the stages, with similar percentages at the extremes, also suggests this six-stage scale does a good job of describing the distribution of UX maturity. Organizations that choose to use this scale now have a third-party industry benchmark to compare their scores (and individual department scores) against, making their designing more meaningful. For example, if a department in a company is rated as “integrated,” then its maturity is higher than 80% of companies.

To understand the major differences between mature and less mature organizations, we created a new binary variable to separate them (also seen in the figure above). Mature organizations were from respondents who identified their company as managed, integrated, or institutionalized. A company was labeled as less mature when unrecognized, ad hoc, or considered was selected. Using this segmentation, 36% of respondents described their companies having a high level of UX maturity.

Across the dozens of variables we collected from respondents, we found many statistically significant differences. We’ve called out the biggest differences below. Results of all variables are available in the downloadable report.

Data from 150 UX industry professionals provided a first look at how UX organizations differ with respect to self-reported UX maturity. The six-stage scale does a good job of describing the distribution of UX maturity and can be used by other organizations to gauge how well their self-reported maturity stage compares to the industry.

We found that mature and not mature organizations differ on what we’d expect: budget, org structure, metrics, and methods. Understanding differences helps identify which variables matter when assessing UX maturity. This study relied on self-reported data, which means it’s susceptible to biased judgment. A full UX maturity assessment would involve both a self-assessment and an objective (and observational) audit from a third party.

It’s likely that company size is confounded with UX maturity and future research may better differentiate between company size and UX maturity. The next and more aspirational goal of this research is to determine if and how UX maturity is related to company and product success to better prioritize what matters in a UX organization.