Are both positive and negative items necessary in questionnaires? 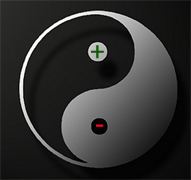 There is a long tradition of including items in questionnaires that are phrased both positively and negatively.

The major reason for alternating item wording is to minimize extreme response bias and acquiescent bias.

However, some recent research[pdf] Jim Lewis and I conducted found little evidence for these biases. We found response bias effects are at best small and outweighed by the real effects of miscoding and misinterpreting by users.

There are two major reasons for alternating item wording

By including a mix of both positive and negative items, respondents are forced to consider the question and (hopefully) provide a more meaningful response which should reduce these biases.

Despite published concerns about acquiescence bias, there is little evidence that the “common-wisdom” of including both positive and negatively worded items solves the problem. To our knowledge there is no research documenting the magnitude of acquiescence bias in general, or whether it specifically affects the measurement of attitudes toward usability.

There is a dark side to alternating items. We are aware of at least three.

Is it worth the trouble?

Does alternating item wording outweigh the real negatives of misinterpreting, mistaking and miscoding? To find out, we created an all positively worded version of the SUS and tested it against the original alternating SUS in a series of remote unmoderated usability studies.

We had 213 users in the US attempt two representative tasks on one of seven websites (third party automotive or primary financial services websites: Cars.com, Autotrader.com, Edmunds.com, KBB.com, Vanguard.com, Fidelity.com and TDAmeritrade.com).

The tasks included finding the best price for a new car, estimating the trade-in value of a used-car and finding information about mutual funds and minimum required investments. At the end of the study users randomly completed either the standard or the positively worded SUS. There were between 15 and 17 users for each website and questionnaire type. The mix of gender, age and education levels were not statistically different between groups.

We found little evidence that the purported advantages of the alternating items outweighed the disadvantages.

Negatives Outweigh the Positives: There is little evidence that the purported advantages of including negative and positive items in usability questionnaires outweigh the disadvantages. This finding certainly applies to the SUS when evaluating websites using remote unmoderated tests. It also likely applies to usability questionnaires with similar designs in unmoderated testing of any application. Future research with a similar experimental setup should be conducted using a moderated setting to confirm whether these findings also apply to tests when users are more closely monitored.

No Reason to stop using the original SUS (just watch your coding!) Researchers who use the standard SUS have no need to change to the all positive version provided that they verify the proper coding of scores (for example by using the error-checking spreadsheet included in the SUSPackage).

Is there ever a good reason to alternate items?

We only examined questionnaires that measure usability or system satisfaction. Usability is an analysis at the group level (we’re not testing users, but rather applications that users use) so we care about differences between groups. It could be that in other areas of behavioral research where the emphasis is on the individual (e.g. clinical or counseling psychology) alternating item wording provides benefits that outweigh the problems. Until other research identifies net benefits to alternating item wording, it’s best to stay positive.

For more detail on the experiments and related research into this topic see the full paper[pdf] (to be presented at CHI in May 2011).