Measuring the Effectiveness of a Product Name 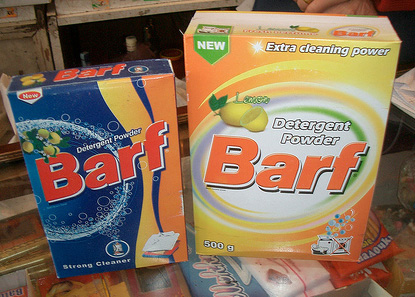 Naming a product is like naming a baby.  Everyone has opinions and you are stuck with it for a long time!

Product naming, whether it is for software, hardware or a physical device is a multistage process—often involving creative teams, product managers, CEOs and lawyers.

It’s also one of the few times I think focus groups can actually be the right tool for the job, at least in the early phases.

These group settings allow participants to float possible product names in a dynamic way that can generate some good candidate ideas, but you’ll need to get the experts in to really take advantage of methods for generating better names.

Creative teams and branding agencies are also good at coming up with new words or changing spellings to make new, memorable names.

But don’t just rely on the creative brain trust, legal team or CEO’s wife to decide which of the ideas will be the new moniker.  Test the names with users.

If you have nailed down the set of candidate names to, say, between two and five, a logical place to start is asking customers which ones they prefer. This can be a simple “pick one” question or a forced rank if the number of alternatives isn’t too high (say under five). If a response gets more than is expected by chance, then you have a winner—AMONG the set of alternatives presented to users.

Before asking participants to rate the ones you came up with, it’s often a good idea to describe what the product is and what it does, or possibly have a video. Then, ask the participant what they might call it. You might get a lot of terrible ideas, but you may also find a diamond in the rough. It will also give you some idea about how the features and functions that drive word associations.

Also consider asking participants to list three words that come to mind when thinking of the product category. For example, if you’re naming a personal financial application, ask participants to think of what comes to mind when managing personal finances.  You’ll likely get a list of positive and negative attributes, such as slow, tedious, painful.  The opposite of negative attributes can help make both a memorable name and reinforce key brand attributes (turbo, easy, painless).

In addition to the preference questions, which will be  force-rank or pick-one questions, you’ll want to have participants rate a number of attributes you want associated with the product. These attributes will vary based on the type of product and goals. They can be from predetermined branding guidelines or a set of paired adjectives. Have the participants rate using an agree-disagree scale for a single item or against opposite or near-opposite adjectives, something like the following.

Casual vs. professional
Predictable vs. unpredictable
Cutting edge vs. tried and true
Playful vs. serious

Names can have a powerful effect on our attitudes toward functionality, value, desirability and possibly even ease of use.  When presented with fictitious or unfamiliar words, individuals consistently use sound symbolism to interpret meanings from the names.

If time and logistics permit, consider having separate groups of participants use your product, then rate it using some common measures of utility, ease of use, and likelihood to recommend. Vary only the name of the product on all materials (logos, in-product branding, etc) and see if there are significant differences in any of the ratings.

Just changing the sound of a word, even a made-up word, can change the meaning for users. For example the name Frosh conveyed a smother and creamier sounding ice-cream than Frish in one study.

Another alternative is to consider including a list of both positive and negative attributes and limit the participant to picking just five. Something similar is done with the Microsoft Reaction cards for usability testing.  Knowing both which negative words were picked and their frequency can help narrow the field.

Like the Microsoft Reaction Cards, without a normative database, there is some limitation on knowing if a product name has too many negative associations.  One option would be to include a number of existing and potential product names and see how well received product names compare to prospective ones.

Ask participants to list things that come to mind when they think of the word. Categorize the open-ended responses, and look for anything that might be, well, something you don’t want to associate your product with.  I’m not sure if this was done with DuPont’s bio-fuel product Butamax.

It’s often not just bad associations you want to avoid, but also unintended translations in another language. This should be especially important when your product is sold internationally, like most software. Here are a couple examples of where this happened:

Wash your cloths with Barf Detergent
Do business with AssCompact

Depending on the phase of evaluation you might want to try placing possible names in the context of features or the interface.  Names can take on new meanings and associations when users see them next to bubbly icons or other functional terms.  This would also be a great place to work with possible logos and see how they work in context (similar to icons).

There are often heated internal discussions on what the name of a product should be. Often, it makes sense to capture those strong opinions by having internal stakeholders, or anyone you want, also take the same survey you give to prospective customers. You can even get sophisticated and prioritize the findings in a QFD matrix.  It can be an easy way to eliminate some bad names, if a majority of internal and external respondents rate a name poorly.

A good way to end a product-naming survey is to ask which of the product names featured comes to mind first, and have them list the name (with their own spelling) in an open-ended text box. If the frequency of responses shows some names just aren’t at the top of the mind after a few seconds of latency, then it’s probably not the best candidate for naming.

Of course, the best-named product won’t do much if the product ultimately doesn’t meet the needs of the users.  Getting both interfaces and what they are called in front of prospective users early and often may save a lot of headaches down the road.