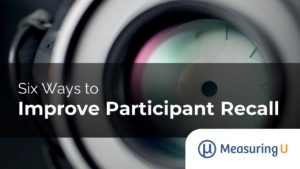 How much did you spend last month on clothing?

What grocery stores have you visited in the last three months?

How helpful are your Netflix recommendations?

Surveys and other research methods (such as in-depth interviewing) often rely on participants recalling prior events or behaviors. For example, these could be about purchasing a product or service or the frequency of its use.

If you need accurate accounts of behaviors, consider a diary study, where respondents record activities or provide artifacts in context. However, diary studies aren’t always feasible and can be quite costly, so researchers frequently need to rely on recollection.

In an earlier article, we discussed four common reasons why people forget when responding to survey questions or in interviews. With an understanding of the causes, researchers have come up with some techniques to help reduce forgetfulness and improve the accuracy of self-reported events.

The following techniques (summarized from the influential books The Psychology of Survey Response and Survey Methodology) may improve recall, but keep in mind that the evidence for their effectiveness is stronger for some techniques than for others.

People forget things. In general, it’s easier to recall what you did yesterday, last week, or the last month compared to six months or a year ago.

Events that happened a long time ago are harder to remember. As more time passes, we make more errors in dating events (Baddeley, 1992).

Cognitive psychologists have identified a phenomenon called the telescoping effect, which describes the tendency of people to incorrectly remember the time frame in which something has happened. Backward telescoping occurs when people recall recent events as having happened in the more distant past. Forward telescoping occurs when older events are recalled as having happened more recently. Telescoping errors, therefore, result in respondents reporting more events during a reference window than actually happened in that period.

Some studies have shown a decrease in the number of reported events as the length of the reference period increases. For example, Neter and Waksberg (1964) reported a study where some participants recalled the number of home repairs in the last six months, and others recalled only one month. Participants in the six-month condition reported 32% fewer repairs than participants who had to recall only one month. The longer the reference period, the more likely respondents are to use current behavior to estimate prior events. It’s unclear from these studies, however, how many “real” events there are, as it’s challenging to validate many of the events.

Based on these findings, one way to reduce telescoping errors (and incorrect recall in general) is to use the shortest reference period that is consistent with the research goals (e.g., Figure 1).

Figure 1: Example of frequency of purchase items with six- and one-month reference periods

2.    Use Personal Landmarks or Life Events

While people tend to be forgetful, some things are easy to recall even after decades, such as names of teachers, where you were on 9/11, and spells of unemployment (Mathiowetz and Duncan, 1988).

It’s easier for people to remember events associated with strong emotions (Thompson et al., 1996). These events typically include personal landmarks such as birthdays, anniversaries, weddings, the birth of a child, and graduations.

There’s also some evidence it can reduce telescoping. Loftus and Marburger (1983) decreased forward telescoping by framing the response period in terms of meaningful events (e.g., the 1980 eruption of Mount St. Helens for people living in Washington State). Kurbat, Shevell, and Rips (1998) found that college students recalled more events at school/vacation boundaries than at other times of the year, suggesting that calendar events can help memory organization and retrieval. Figure 2 has examples of questions that use these kinds of landmarks.

There’s some evidence that respondents recall information better in reverse chronological order (e.g., the names of teachers, Whitten and Leonard, 1981; the contents of psychology exams, Loftus and Fathi, 1985).

People asked to recall visits to a hardware store may follow the progress of a home improvement project, with each visit impacted by what was purchased earlier in the project. Visits to health insurance websites may also follow the course of an illness or surgery, with reverse order aiding recall about the reason for prior visits.

The effectiveness of this strategy likely depends on what you ask, but if you’re studying events such as multiple doctor visits or multiple visits to a store, especially in interviews, consider asking about the most recent occurrences first and working backward.

Conceptually, this reduction in the scope of the event of interest is similar to reducing a chronological reference period.

5.    Use Introductions to Questions

As shown in Figure 3, you can add a twist on the decomposed question by providing concrete cues in an introduction to the question—another way to constrain the scope that the respondent considers when answering. 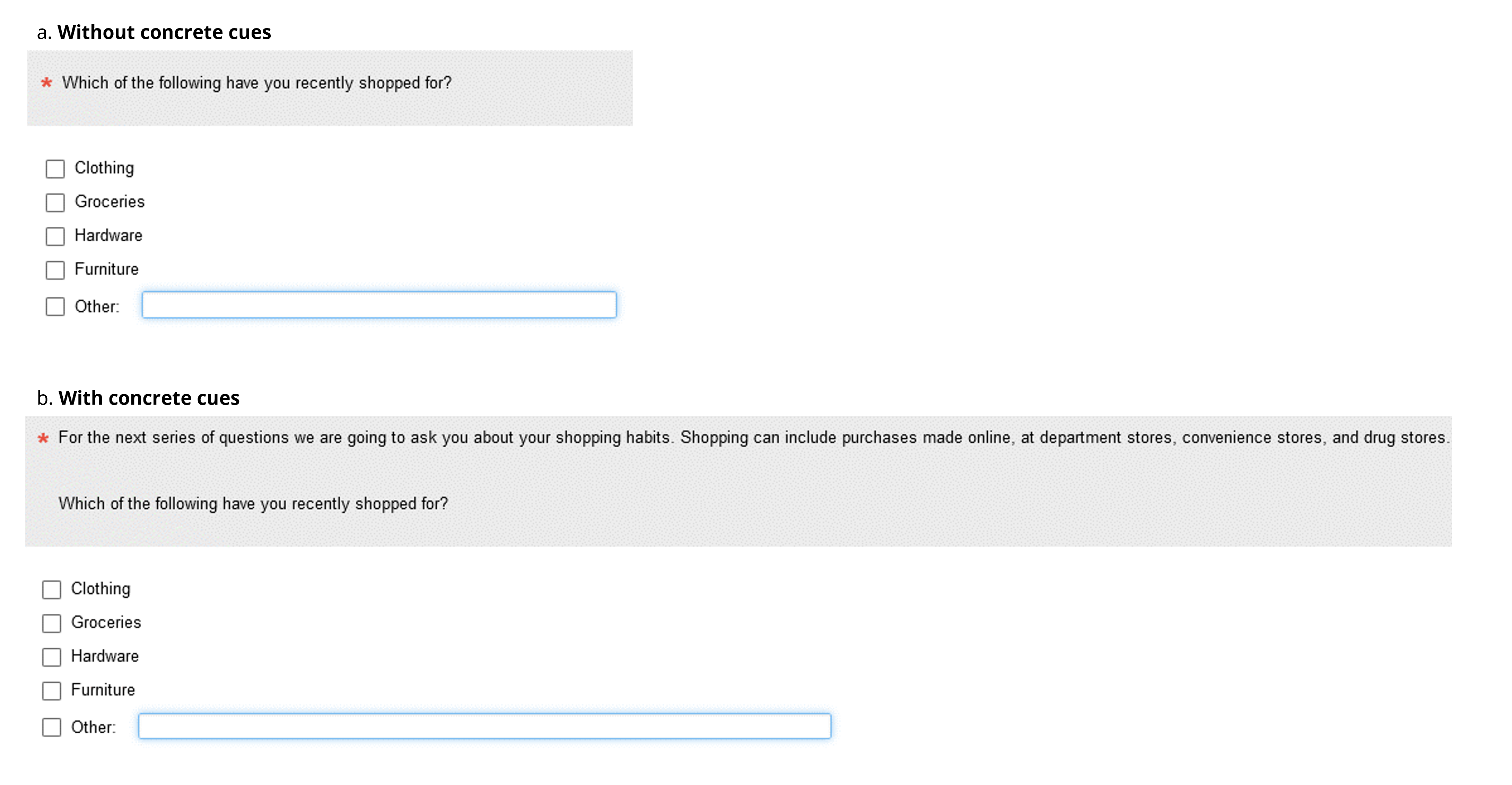 Figure 3: Examples of questions with and without concrete cues in the introduction

Finally, there’s some mixed evidence that giving respondents more time improves recall. If you’re conducting an interview or administering a survey over the phone or in person, plan to allow plenty of time for respondents to recall. In online surveys, encourage respondents to spend as much time as they need to answer questions if you’re noticing recall problems.

People forget. Some of the following techniques, especially when used in combination, may help to improve participant recall in surveys and interviews.