Sliders versus Eleven-Point Numeric Scales on Desktop and Mobile Devices 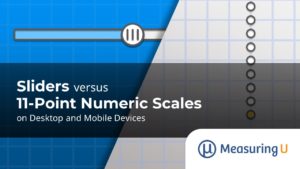 Adding more points to a scale can increase its reliability and sensitivity.

But more points also take up additional screen real-estate space. Imagine twenty or a hundred points displayed on desktop or, even worse, on mobile.

One recent digital alternative, allowing for nuanced ratings using the same screen real-estate as a traditional scale, is the slider.

Sliders allow respondents to make nuanced ratings (e.g., 4.4 on a five-point scale instead of a rating of 4 or 5) that can provide up to hundreds of points of discrimination.

In previous literature reviews and our UX research, however, comparisons of ratings collected with sliders and numeric scales have been mixed [PDF].

We typically find no substantial (nor statistical) differences in mean scores between UX-Lite™ scores collected with two five-point rating scales (interpolated to 0–100 points then averaged) and scores collected with two 0–100-point sliders (averaged). We have, however, previously found a moderate sensitivity advantage for sliders relative to five-point numeric scales, possibly due to slightly smaller standard deviations for slider ratings.

In practical research, this advantage needs to be balanced against findings that manipulating a slider can be more physically and cognitively demanding than just clicking a radio button, affecting completion times and user preference.

About half (109) of the respondents completed the survey on a desktop computer and the other half (103) used a mobile device. All respondents made ratings with numeric scales and sliders, with the order of presentation and assignment of scale type to website type randomized in accordance with a Greco-Latin experimental design.

We’ve previously published results from this experiment on the comparison of horizontal and vertical orientation of numeric ratings scales and sliders versus five-point numeric scales on desktop and mobile devices. We found no evidence of strong, consistent effects on rating behavior due to these manipulations.

In this article, we investigate differences in numeric and slider versions of the eleven-point LTR item collected on both desktop and mobile devices.

Figures 1–4 show the variations of the LTR item used in the experiment.

In this experiment, the slider sensitivity was 0.1, with the selected value appearing in a tooltip as shown in Figures 2 and 4. The slider’s initial position was in the center of the scale, but it had no value until the user manipulated it.

Figure 1: Example of numeric version of the LTR item on a desktop web browser (created with MUIQ®).

Figure 2: Example of slider version of the LTR item on a desktop web browser (created with MUIQ). 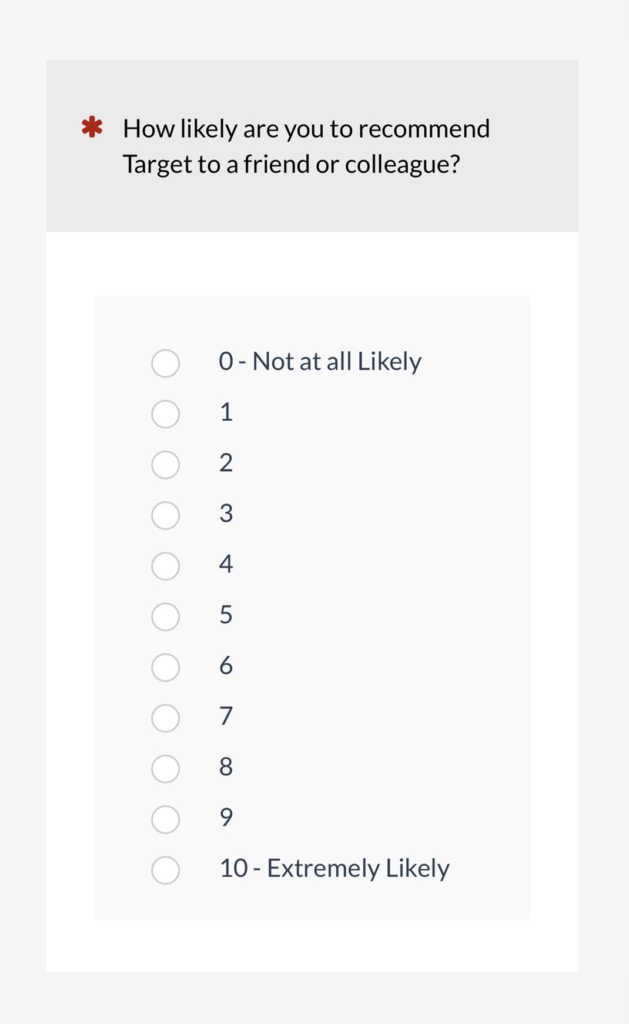 Figure 3: Example of numeric version of the LTR item on a mobile screen (created with MUIQ). 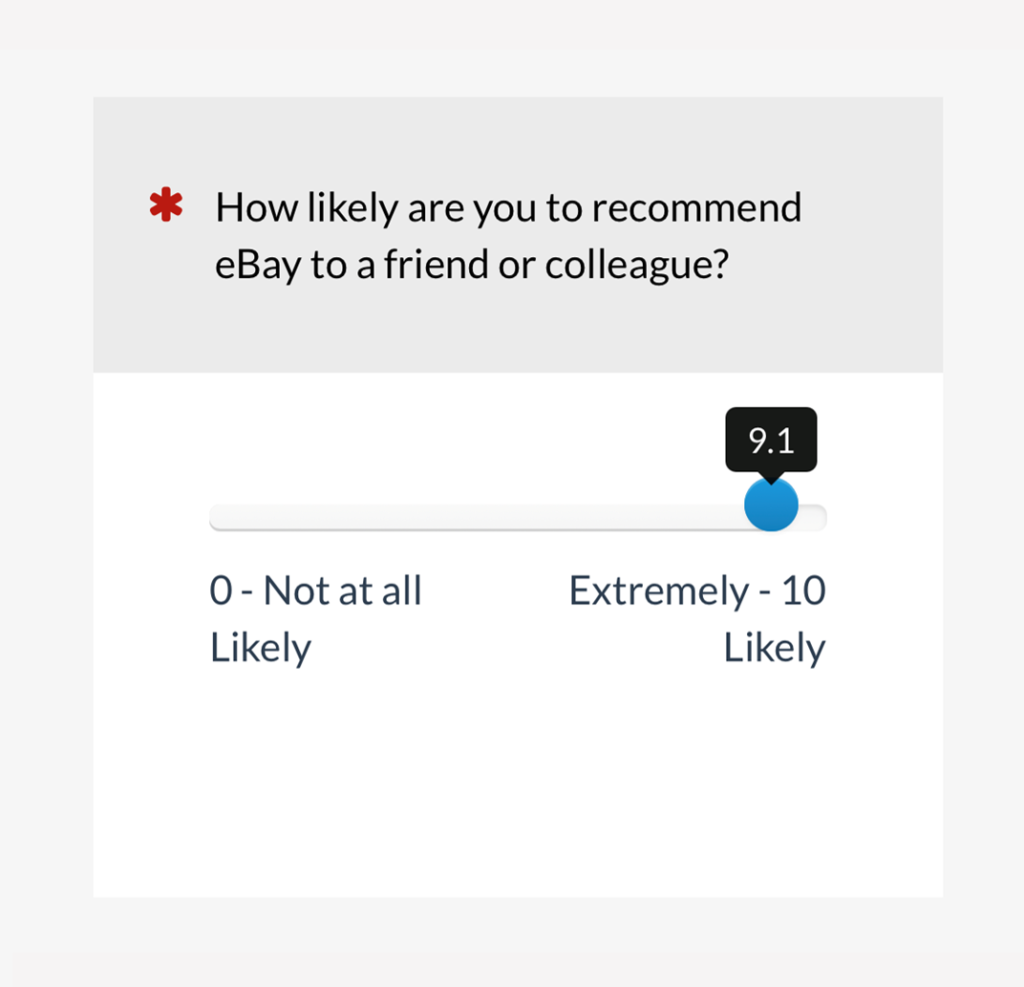 Figure 4: Example of slider version of the LTR item on a mobile screen (created with MUIQ).

Figure 6 shows the LTR item response distributions for numeric and slider formats (a within-subjects comparison because each respondent had the opportunity to provide UX-Lite ratings with each format). The following assignments were used to place slider responses into discrete bins matching the 0–100-point ratings with radio buttons.

Figure 6: Distributions for the LTR item for numeric and slider formats.

The response distributions in Figure 6 are not identical, but neither are they dramatically different.

Figure 7 shows the distributions for the Net Promoter Score (NPS) categories derived from LTR (Detractors are those who rated LTR from 0–6, Passives rated 7–8, and Promoters rated 9–10). There were some differences in the distributions, with the slider group having slightly more promoters and slightly fewer detractors. However, McNemar mid-probability tests of the numeric and slider scale differences were not statistically significant (Detractors: p = .46, Passives: p = .82, Promoters: p = .25).

We experimented (n = 212) to see how two independent variables—scale format (radio button numeric scales vs. slider scales) and device (desktop vs. mobile)—affected rating behaviors. In this article, we focused on analyses of an eleven-point LTR item, obtaining results that were similar to those we recently reported for the five-point scales of the UX-Lite.

The main takeaway is that there does not appear to be large differences in rating behaviors for radio button numeric scales versus sliders for both five- and eleven-point scales, nor does the desktop versus mobile variable have a large impact.

Our key findings for the eleven-point LTR item were