Is a Single Item Enough to Measure a Construct? 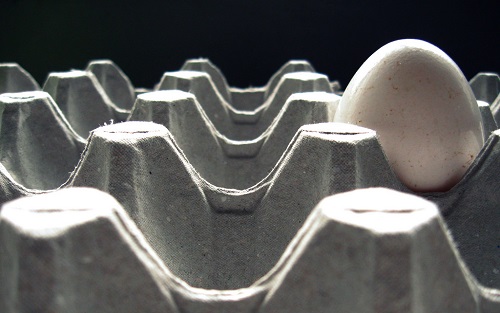 How satisfied are you with your life?

How happy are you with your job or your marriage?

Are you extroverted or introverted?

It’s hard to capture the fickle nature of attitudes and constructs in any measure. It can be particularly hard to do that with just one question or item.

Consequently, psychology, education, marketing, and user experience have a long history of recommending multiple items to measure a construct.

But is it ever acceptable to use just a single item to measure a construct like loyalty, satisfaction, or ease of use?

The classic text that has influenced much of scale development in the behavioral sciences comes from Psychometric Theory. Jum Nunnally, its author, recommended multi-scale instruments because “measurement error averages out when individual scores are summed to obtain a total score” (p. 67).

This thinking has influenced standardized testing and personality assessments. For example, a well-known assessment of personality, the 16PF, has 185 items.

Marketers also have generally followed the advice of Churchill and his influential 1979 paper. In it Churchill advises:

“marketers are much better served with multi-item than single-item measures of their constructs, and they should take the time to develop them.”

For example, the ServQual questionnaire uses 22 items to gauge the quality of service received from a company. And even the American Consumer Satisfaction Index (ACSI) uses three items to measure company satisfaction.

This thinking has also influenced UX measurements; all the following instruments use multiple items:

Low content validity: Content validity refers to how well the content of the items used in a questionnaire addresses the topic. With only one item describing the construct, it can be difficult to adequately address it. McIver and Carmines (1981) say, “It is very unlikely that a single item can fully represent a complex theoretical concept or any specific attribute for that matter” (p. 15).

Reliability: The most common measure of reliability is Cronbach’s alpha, a measure of internal consistency. It’s based on how respondents consistently answer items. You need at least two items to compute Cronbach’s alpha though, making this measure not possible for single items.

For every “rule” in measurement, there’s usually a long list of exceptions. In some cases, these rules are conventions that can be broken. For example, we found that the long-standing practice of alternating the tone of items (a “rule” for making good questionnaires) to reduce acquiescence bias actually does more harm than good. What’s more, we found little evidence of the acquiescence bias.

Scarpello and Campbell in 1983 found a single 5-point measure of job satisfaction was sufficient. This suggests at least one important measure of satisfaction can be captured with a single item. It failed to catch on as a measure, though.

Later, Wanous et al. (1997) conducted a meta analysis [pdf] on 17 studies of job satisfaction and found single item measures performed sufficiently well (correlating high with total scores). They even concluded that “single-item measures are more robust than the scale measures of overall job satisfaction” and should not be dismissed outright. They used a correction for attenuation formula to estimate the internal reliability of a single item.

Hyland and Sodergren (1996) compared 12 items of self-reported quality of life (0=might as well be dead to 100=perfect quality of life) from undergraduates and an elderly population. They found items within the most preferred four-item scale correlated very highly with each other (r > .84) and had a level of inaccuracy of less than 3% (suggesting any one item is a sufficient measure).

Cunny and Perri (1991) found that a single item of the Medical Outcome Study Survey can serve as a substitute for the full 20-item measure. The item (In general, would you say your health is Excellent, Very Good, Good, Fair, or Poor) correlated very high (r= .86) with the overall score of the health-related quality of life measure.

McKenzie and Marks (1999) showed that a single item measure of depression was a reasonable substitute for a longer 21-item assessment and saved clinicians and patients time[pdf].

Bergkvist and Rossiter (2007) had 92 undergraduate students evaluate four advertisements and rate how much they liked the advertisement, attitude toward the brand, purchase intention, and brand beliefs. They found no difference in predictive capability between multiple item measures and single item measures.

Drolet and Morrison (2001) conducted a study varying the number of items and found that as the number of synonymous items grows, respondents are more likely to engage in “mindless response behavior.” They suggested that not only do multiple items take more time, multiple items may actually increase response error (potentially offsetting the benefits advocated by Nunnally and Churchill).

Ittner & Larcker (1998) found that a single 10-point item of overall satisfaction with a company’s service performed equally as well as a multi-scale measure of satisfaction in predicting financial performance.

Van doorn et al. (2013) also found a single 5-point measure of customer satisfaction was an adequate measure of future business performance. It was not the best measure but was statistically indistinguishable from other multi-item measures—encouraging, considering only five points of discrimination.

One of the principal criticisms of using single items is that internal consistency reliability cannot be computed (you need at least two items). But that doesn’t mean you can’t measure reliability. While Cronbach’s alpha is the most common measure of reliability, it’s not the only measure.

Another way to measure reliability is test-re-test reliability (the “test” comes from the legacy of psychometrics—which had its start building standardized tests in education). In short, to measure how reliable a questionnaire with 10, 5, or 1 items is, data should be collected at two points in time and correlated. The two-time points can be hours, days, weeks, or years and depends on the content being measured.

There is, in fact, some discussion that test-retest may be a better measure of participant consistency (or at least equally as informative as Cronbach’s alpha).

A Place for Single Items

Even proponents of multi-item measures agree that there is a place for single item measures. For example:

Pollack and Alexandrov (2013) examined the criticism of the Net Promoter Score’s single item and while they found other measures were a better predictor of growth than the NPS, they found sufficient evidence supporting a single item’s adequacy.

Sarstedt and Wilczynski 2009 questioned the approach used by Bergkvist and Rossiter using measures of customer satisfaction and customer loyalty. They still found that while single-item measures are not appropriate for complex constructs, they “perform acceptable with regard to reliability” for simple constructs.

While Grapentine (2001) argued for the importance of multi-item scales for measuring complex constructs, he also conceded that single items would be sufficient if “it does not significantly affect its reliability and validity, and if the client does not want to know how the company’s product performs on an item that could be part of the multiple-item measure.

Freed (2013), a strong critic of the NPS, also agreed a single item has a place:

If the construct being measured is sufficiently narrow or is unambiguous to the respondent (e.g., the measurement of subjective probabilities, such as future behaviors), a single item measure may suffice.

But for more complex psychological constructs (especially those based on attitudes), it is usually recommended that scales with multiple items be used. Appendix D

We’ve found single items perform as well or better than multi-item instruments or are a reasonable substitute for more items. For example: