How Does Statistical Hypothesis Testing Work? 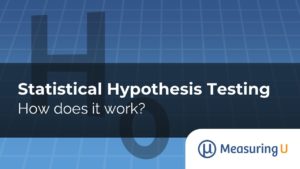 These terms are not only commonly used in statistics but also have made their way into the vernacular. Making sense of most scientific publications, which can have practical, significant effects on public policy and your life, means understanding a core framework with which we derive much knowledge. That framework is called hypothesis testing, or more formally, Null Hypothesis Significance Testing (NHST).

When comparing two measurements, whether they be completion rates, ease scores, or even the effectiveness of different vaccines, a hypothesis test’s primary goal is to make a binary classification decision: is the difference statistically significant or not? Yes or no.

The yes or no output from a hypothesis test looks simple, indistinguishable from a guess or a coin flip. It’s the process of getting to yes or no that’s different in NHST.

While we certainly want to make the right decision, we can never be correct 100% of the time. There will always be mistakes; there will always be errors. It’s through the framework of hypothesis testing that we can control the frequency of errors over time.

Hypothesis testing can be a confusing concept, so we’ve broken it into steps with examples. In a follow-up article, we’ll discuss how things can go wrong in hypothesis testing and some criticisms of the framework.

Mathematicians love using symbols, and that applies to hypothesis testing. The Null Hypothesis is represented as H0. H stands for hypothesis, and the 0—that’s a zero in the subscript, not the letter O—reminds us it’s the hypothesis of 0 (no, null) difference.

Here are four examples of Null Hypotheses (H0) from studies we’ll refer to throughout this article.

You need data to make decisions. Use methods such as surveys, experiments, and observations to collect data, and then calculate the differences observed. Data can be collected using either a between-subjects (different people in each condition) or within-subjects (same people in both) approach.

Building on the examples from Step 1,

With these differences computed, we want to know how likely it is they could have happened by chance. To do so, we use the probability value—the p-value.

Books are written on the p-value. Statisticians love to argue over its technical definition (similar to how UX practitioners and researchers argue over the definition of UX). In short, p-value is the probability of getting the differences we found in Step 2 if there really are no differences.

This often gets simplified as the probability that the difference is due to chance. Technically, that’s not quite correct, but it’s conceptually close enough for practical purposes (just watch whom you say it to). 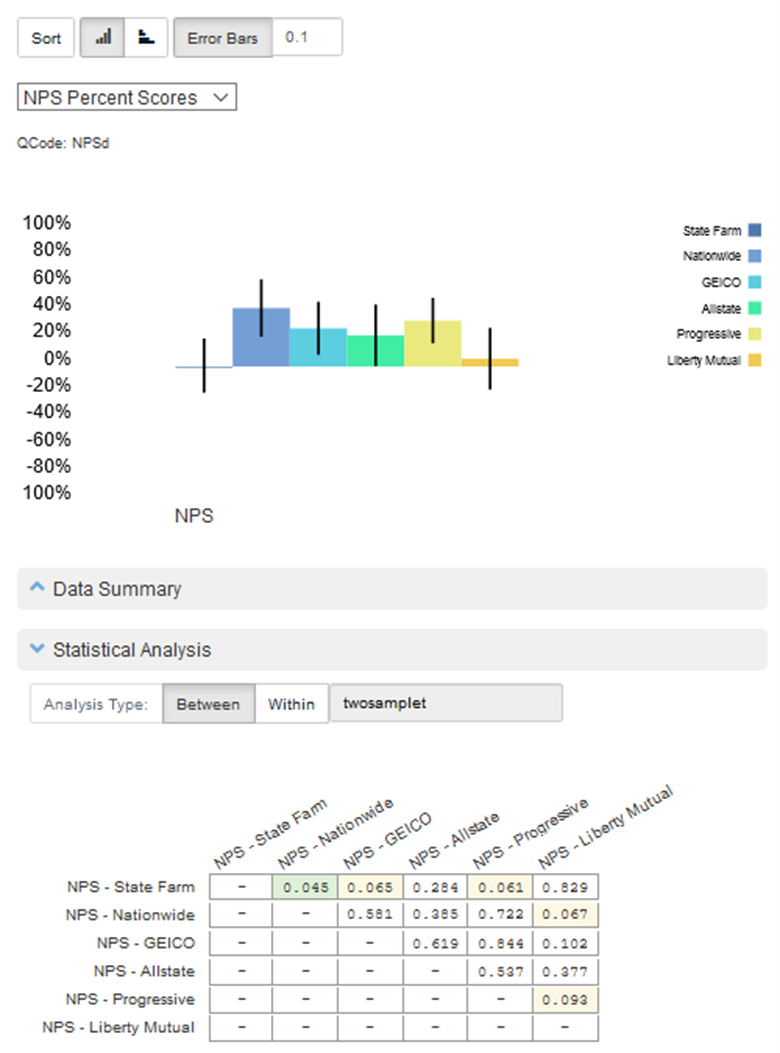 Figure 1: MUIQ output that compares the Net Promoter Scores for six auto insurance websites; the statistical analysis table shows the p-values for all the possible comparisons, with green highlights for p < .05 and yellow highlights for .05 < p < .10.

The lower the p-value, the less credible the Null Hypothesis is (or as is often interpreted, it’s less likely the difference is due to chance). But how low is low enough?

The p-value is compared to a criterion called the alpha error (α). If p is less than the criterion, then you can declare statistical significance (sort of like Michael Scott from The Office—Figure 2). When p is below alpha, we reject the Null Hypothesis. 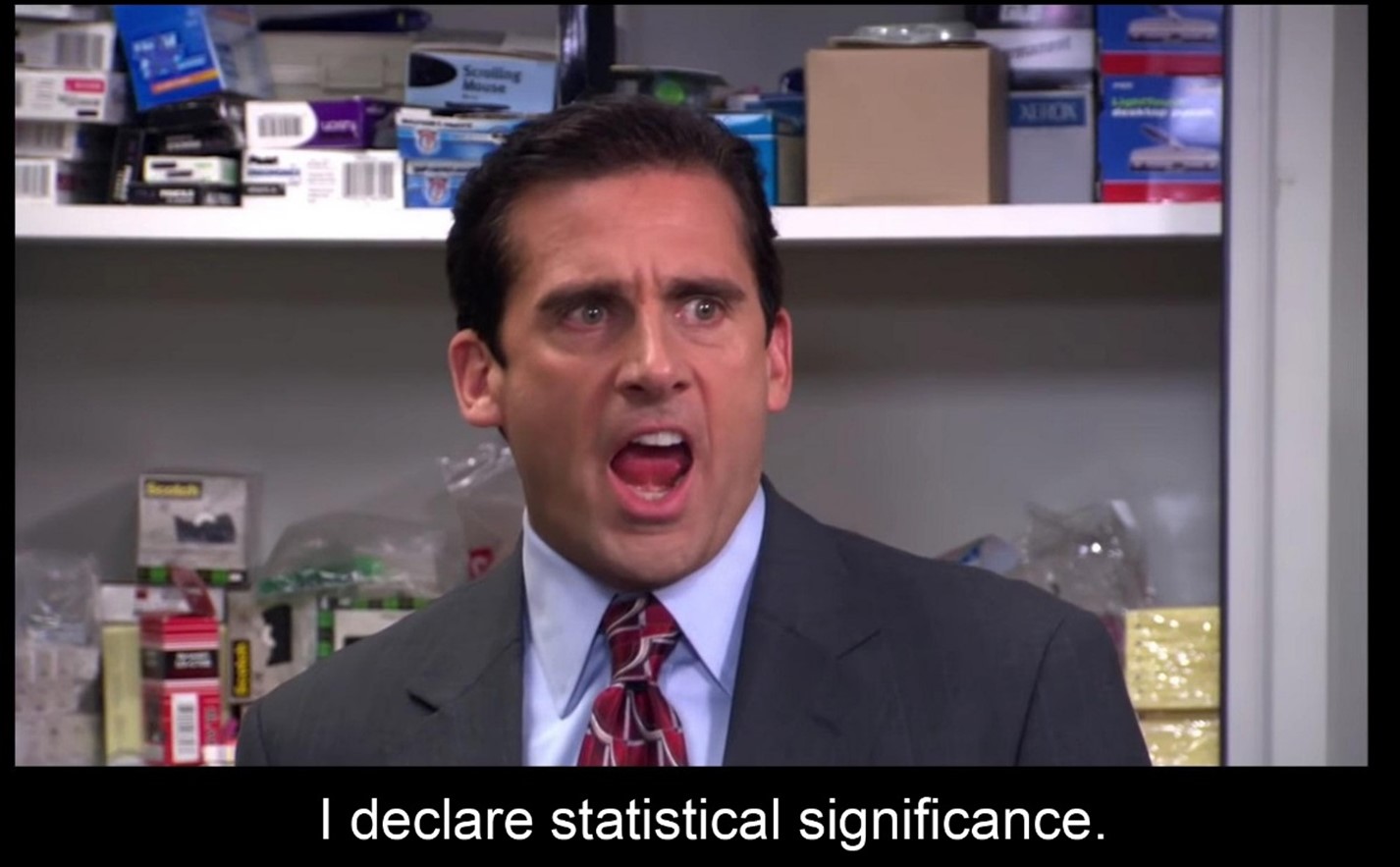 The most common criterion is .05 (the basis for saying that p < .05 indicates statistical significance). It doesn’t always have to be .05, but that’s what most scientific journals have adopted. We’ll cover how that threshold became the default in another article.

When something is statistically significant, it doesn’t mean it’s different. It just means we wouldn’t expect to see a difference that large if there really was no difference. Or if the null hypothesis is true, we would not expect to see the difference very often.

Let’s compare the p-values to the typical alpha criterion of .05 for our sample data to see whether there are any statistically significant differences:

The Path to Statistical Significance

We have visualized these steps in a flowchart (Figure 3).

In a future article, we’ll discuss other aspects of hypothesis testing, including the specification of an alternative hypothesis and how that expands the framework of NHST to define the two ways decisions can be right and the two ways they can be wrong.