How to Compare a Net Promoter Score with a Benchmark 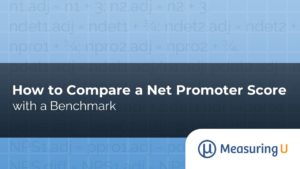 We recently described how to compare two Net Promoter Scores (NPS) statistically using a new method based on adjusted-Wald proportions.

In addition to comparing two NPS, researchers sometimes need to compare one NPS with a benchmark.

For example, suppose you have data that the average NPS in your industry is 17.5%, and you want to know whether your NPS of 20% is significantly above that average. Or maybe you may want to determine if your NPS exceeds 50%, a benchmark considered “excellent” by some for the introduction of new products.

In this article, we show how to modify the method for comparing two NPS into a method that will allow you to compare a single NPS with a benchmark. We will also show how to compute an appropriate confidence interval.

When you test an estimated value against a benchmark, you care only that your estimate is significantly better than the benchmark. When that is the case, you can conduct a one-tailed test, illustrated by the right distribution in Figure 1. Instead of splitting the rejection region between two tails, it’s all in one tail. The practical consequence is that the bar for declaring significance is lower for a one-tailed test (Z > 1.645 vs. |Z| > 1.96).

Here are the computational details for the test with a fully worked-out example. Note that to keep computations as simple as possible, we usually work with the NPS as proportions and convert to percentages only when reporting scores.

To use this method, you need to know the number of detractors, passives, and promoters for the estimated NPS (usually available in company dashboards). The computational steps are

Table 1: Assessing the significance of differences between an estimated NPS and three benchmarks.

As shown in Table 1, the test was not significant (p = .449) when the difference between the estimated NPS and the benchmark was small relative to the standard error. In other words, the evidence doesn’t support the hypothesis that the observed NPS has exceeded the benchmark. When the difference was large relative to the standard error, the outcome was statistically significant (p = .002). For the more moderate difference, the outcome (p = .061) just missed p < .05 (but was significant at p < .10).

Constructing a Confidence Interval for a One-Tailed Test of NPS

Table 2 shows the resulting 95% confidence interval, and Figure 2 shows a graph of the adjusted-Wald interval around the unadjusted NPS. 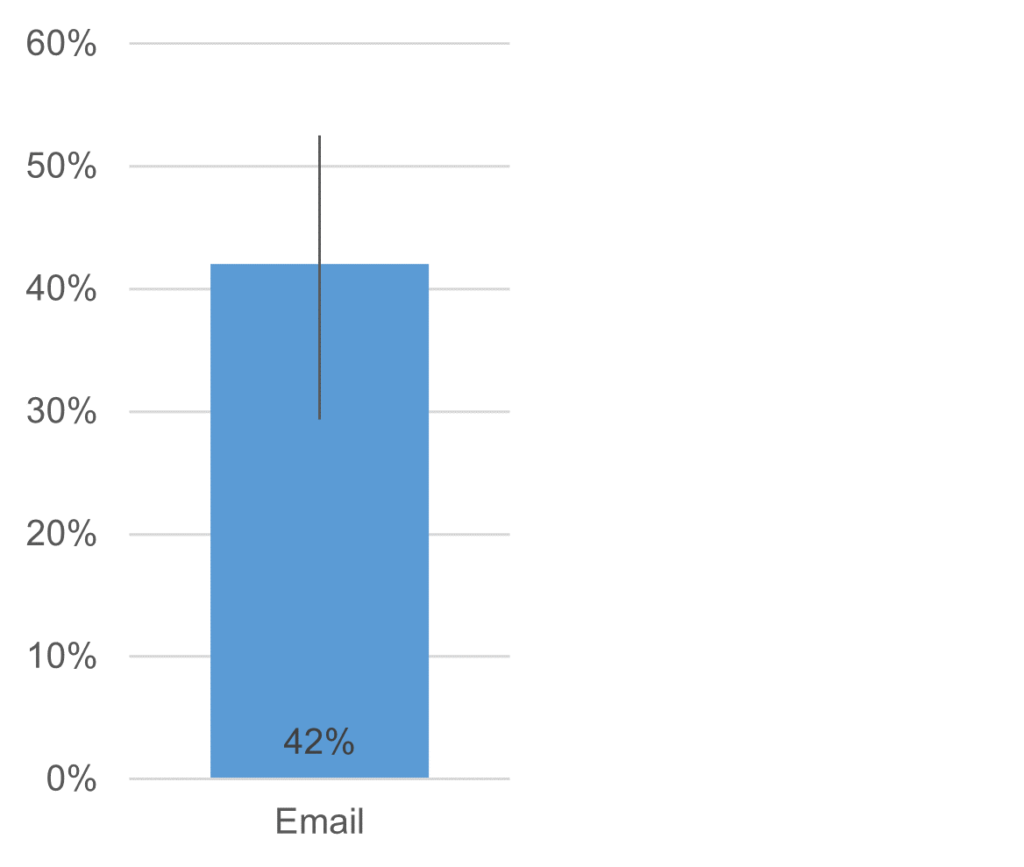 Figure 2: Graph of the 95% adjusted-Wald confidence interval around the estimated NPS.

The interval ranges from 29% to 53%, so if any proposed benchmark falls within this range, it could plausibly be equal to the observed NPS. Because this data is associated with a one-sided test and we care only about beating a benchmark, we can conclude that the observed NPS is significantly higher than any benchmark lower than its lower limit of 29% with p < .05 (consistent with the results in Table 1). Strictly speaking, we can’t draw any conclusions about the upper limit of this one-sided interval.

Sometimes UX researchers need to compare an estimated NPS with a benchmark (such as an NPS of 50%), not compare two NPS from sample data (e.g., comparing Q1 vs. Q2 scores).

We’ve worked out methods for making NPS benchmark comparisons with a test of significance and/or an appropriate confidence interval.

One special consideration for benchmark evaluation is to use one-tailed instead of a two-tailed test to increase measurement sensitivity.