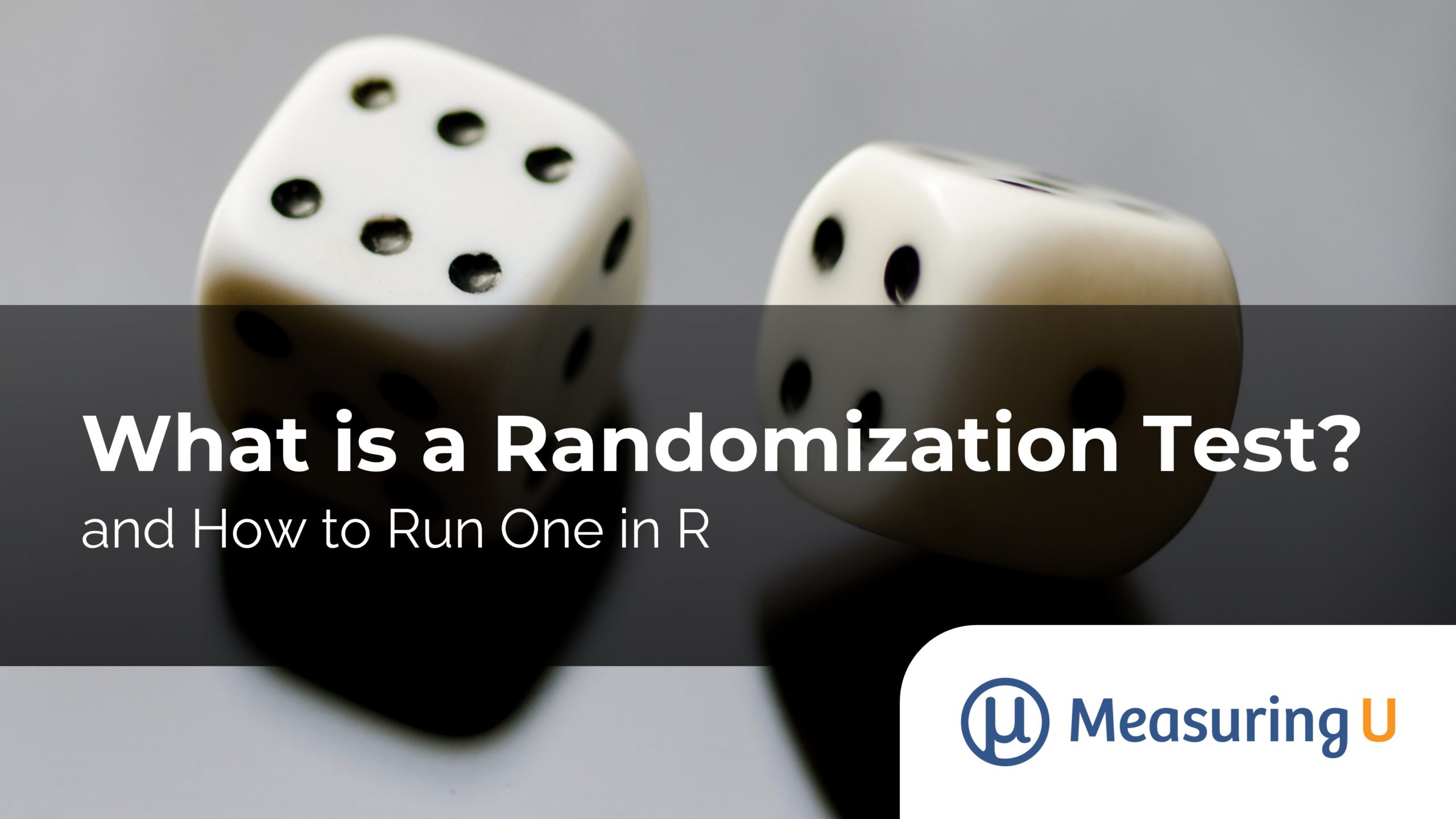 The two-sample t-test is one of the most widely used statistical tests, assessing whether mean differences between two samples are statistically significant. It can be used to compare two samples of many UX metrics, such as SUS scores, SEQ scores, and task times.

The t-test, like most statistical tests, has certain requirements (assumptions) for its use.

While it’s easy to conduct a two-sample t-test using readily available online calculators and software packages (including Excel, R, and SPSS), it can be hard to remember what the assumptions are and what risks you run by not meeting those assumptions.

In teaching statistical tests to UX researchers over the last decade, we’ve found that the possible violation of assumptions is a common concern about using t-tests. In some cases, researchers report challenges from stakeholders or colleagues to justify their use of t-tests due to concerns about meeting assumptions.

One way to respond to this criticism is to cite the large volume of research that shows the t-test to be very robust against violations of its assumptions. Figure 1 shows the assumptions behind the two-sample t-test. 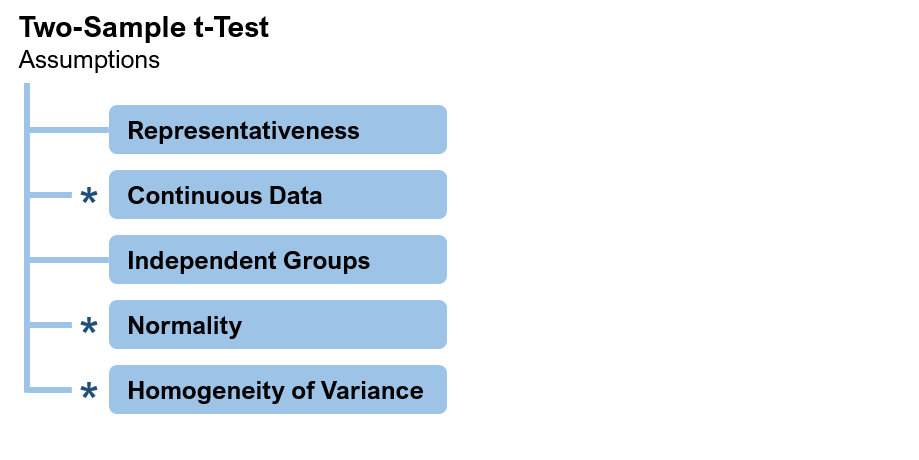 Figure 1: Assumptions of the two-sample t-test (* = test is robust against violations of this assumption).

Unlike the other three assumptions, the assumptions of representativeness and independence have nothing to do with the underlying distribution. These are logical assumptions made whenever you use any method to compare means to generalize results from samples to populations.

For the assumption of continuous data, even if the data themselves are not continuous (e.g., discrete responses to rating scales), the mean becomes more and more continuous as the sample size increases. Violation of this assumption does not prevent the t-test from working.

The assumption of normality is not an assumption that the underlying distribution is normal but rather that the distribution of sample means will be normal. For most distributions, this will be the case due to the central limit theorem—even for fairly small sample sizes. For some types of data, you can transform the data to enhance normality (e.g., logarithmic transformation of task times).

Finally, research has shown that the variance between the two groups needs to be great for the violation of the assumption of homogeneity to affect results. When that happens, adjusting the degrees of freedom can compensate for the violation.

We’re not advocating that researchers abandon the t-test when analyzing typical UX data. In our practice, we intend to keep using the t-test as a statistical workhorse, making adjustments to degrees of freedom (when variances are radically different) and using logarithmic transformations (for time data) as needed. (For details, see Quantifying the User Experience, 2nd ed.)

In this article, we describe how randomization tests work and demonstrate how to run one using the open-source R programming language.

What Is a Randomization Test?

A modern randomization test uses software to shuffle data before computing values (for example, mean and median differences) and to compare the results after shuffling to the original data. Repeat the process thousands of times to generate a proportion similar to the p-value you get in a t-test. But randomization tests predate computers. To understand what a randomization test is, it helps to know where it came from.

R. A. Fisher was the first to describe a randomization test, in his 1935 book The Design of Experiments (in which he also described the use of Greco-Latin squares in experimental design). The second chapter included his famous lady tasting tea experiment, based on an actual event. In this experiment, he computed how likely it would be for someone randomly presented with eight cups of tea to guess which four had milk added to tea (the other four had tea added to milk). Because there were 70 unique combinations in which the eight cups of tea could be presented, the likelihood of someone guessing all of them correctly would be 1/70, or .014. Thus, if someone did provide a set of correct judgments (as reportedly occurred), it would not be likely to happen by chance.

In Fisher’s tea experiment, it was possible to enumerate all possible combinations, but for large experiments that approach is unwieldy. The workaround is to shuffle a set of data many times (usually 5,000–10,000 iterations), and to compare after each shuffle the randomized result with the result obtained from the experimental data.

How to Conduct a Randomization Test

Here is the general process for computing a randomization test to compare the means from two samples:

Below, we present two examples of randomization tests.

If you’re interested in trying these examples yourself, see the appendix at the end of this article for instructions on how to get and install R and how to download the R script and data files used in the examples.

To illustrate how shuffling works, Table 1 shows the observed data and five sample runs through an R function we developed to run randomization tests (for details, see the appendix). For each sample run, the data were shuffled, then the mean of the second 9 task times was subtracted from the mean of the first 11. For the randomized runs, the absolute mean differences ranged from 0.3 to 5.5—all much lower than the observed difference of 18.9. This suggests that the observed difference of 18.9 is probably not due to chance, but to prove it, we need more iterations.

A two-sample t-test (two-sided) of the observed data found the difference to be statistically significant (t(16) = 2.33, p = .033). To see how this compares with a randomization test, we ran our R function:

The arguments for the resample.u.between function are the name of the data file, n1, n2, and the number of iterations. Figure 2 (a screenshot of the R console) shows the observed difference of 18.9 and the percentage of 10,000 randomizations in which the mean difference was equal to or greater than 18.9, which was .0355—just a bit higher than the p-value from the t-test. Note that repeated runs of randomization tests will have some variation in the reported percentage, but with 10,000 iterations their variance will be small.

Figure 3 shows the result of comparing the data with the randomization test function. The proportion exceeding the observed mean difference was 0.2891—very close to the p-value from the t-test.

Figure 3: Result of randomization test assessing significance of SUS scores with CRM Products A and B.

We do not generally recommend using randomization tests instead of t-tests for standard UX metrics. However, they could be a valuable tool for UX researchers who need to perform a sanity check (or to address concerns from colleagues) when working with atypical data that radically violates multiple assumptions of the two-sample t-test.

If you’re interested in trying this out for yourself, follow these instructions to download and install R. The appendix also has links to the R script file for the resample.u.between function and the two sample data files.

Getting and Installing R

To run the following script, you’ll have to get and install R. We’ll be demonstrating the command line interface, so all you need is the basic installation. To install R:

Use the following links to download the R script we developed for our randomization test and the sample data files. R files are regular text files with an “R” extension. By default, the R console uses the Documents folder on a Windows machine, so R files and data files are easiest to use when you put them in the Documents folder. To open an R file in the console, click File > Source R code … then double-click the desired R file. To use the randomization test function, enter “resample.u.between(‘dataFileName’,n1,n2,iterations)”. The first argument is the name of the data file, n1 is the sample size for the first condition, n2 is the sample size for the second condition, and iterations is the number of times to do the resampling (we usually set this to 10000).