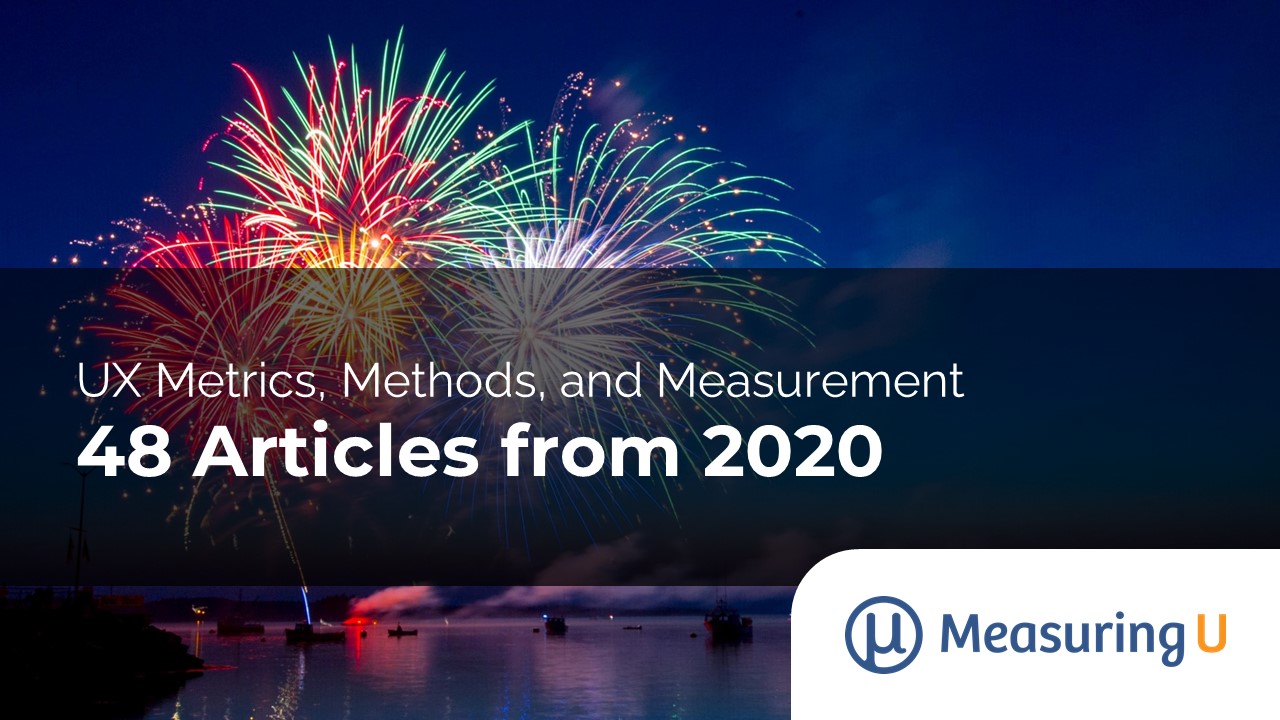 Happy New Year from all of us at MeasuringU! 2020 was a crazy year, but we still managed to post 48 new articles and continued improving MUIQ, our UX testing platform. We hosted our seventh UX Measurement Bootcamp, this time virtually. The change of format was a challenge, but it was fantastic to work with attendees from all over the world. The topics we wrote about in 2020 include UX metrics, methods, rating scales, and UX industry benchmarks. Here’s a summary of those articles with some takeaways from each.

As the field of User Experience matures, new standardized measures emerge, and research continues on the classic UX questionnaires. This section includes essays on various aspects of UX measurement and articles on new areas of research such as voice interaction, hedonics, and the UMUX-Lite. 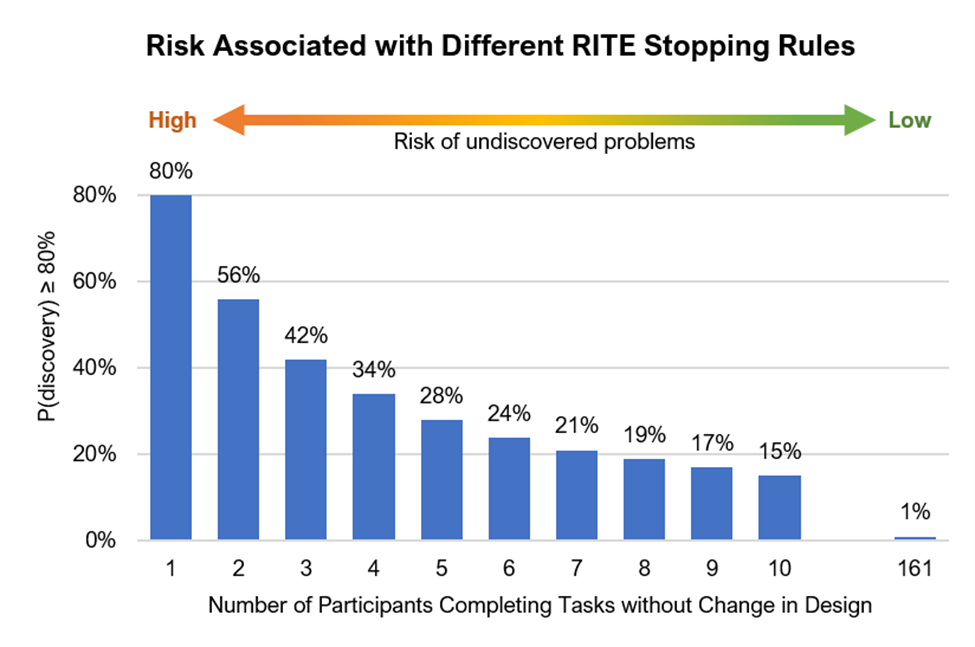 Rating scales remain essential for measuring the user experience. We use them a lot in our practice, both in usability studies and surveys, so we’re very interested in using them as effectively as possible (based on evidence rather than myth). In 2020, our research on rating scales included investigations of the effect of different labeling schemes, cultural effects, the left-side bias, and a variety of format comparisons (standard numeric response options compared with sliders, stars, emojis, and negative numbers).

The pandemic has brought a plethora of data, dashboards, and opportunities for misunderstanding. Because of this, though our readers are more likely to be examining UX metrics, we wrote articles on handling bad data, appropriate ways of describing your data visually, and how to use change verbs.

We conducted six mixed-methods benchmark studies using the SUPR-Q and Net Promoter Scores. Thanks to all of you who have purchased our reports. The proceeds from these sales fund the original research we post on MeasuringU. We’ll see you in 2021! We have planned a year’s worth of new articles and will hold our annual Bootcamp in Denver (stay tuned for details), launch an online UX learning program, and add several new features to the MUIQ platform.